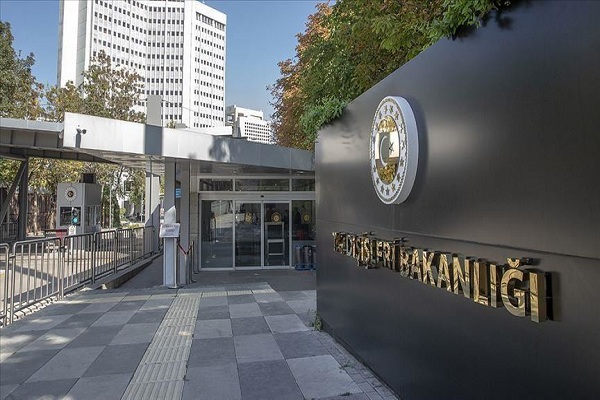 The leader of the far-right Stop the Islamization of Norway (SION) group, Arne Tumyr, threw two holy Qurans in the trash after police intervened, according to reports.

Police have taken five people into custody, according to Norwegian state television, NRK.

In a written statement on Monday, the Turkish Foreign Ministry called on Norwegian authorities to stop anti-Muslim and xenophobic attacks, adding that Turkey is "expecting those responsible to be brought to justice as soon as possible."

"We are deeply concerned about the rise of discrimination against Muslims and Islamophobia and the increasing mosque attacks in Western European countries. The fact that anti-Islam attacks and xenophobia are becoming ever more alarming has become an issue that needs to be resolved immediately," the ministry said.

"Such attacks not only target Muslims but also pose a threat to all humanity," it added.

Turkey also recalled the UN resolution on combating terrorism and other acts of violence based on religion or belief to be adhered to by all members, stating that it will lead such international efforts.

In June, the far-right SION group insulted Muslims, saying that "Islam has no place in the country" and that the Quran should be destroyed en masse. Throwing the Holy Book on the ground, demonstrators protested against Islam, claiming it should be banned in Drammen.

In 2011, anti-Muslim neo-Nazi Anders Behring Breivik massacred 77 people in Norway's worst peacetime atrocity, the majority of them teenagers at a youth camp.

Breivik is serving Norway's longest prison sentence, 21 years, which can be extended if he is still considered a threat to society. However, since then, he has become a reference point for many people who are obsessed with violent far-right ideologies.