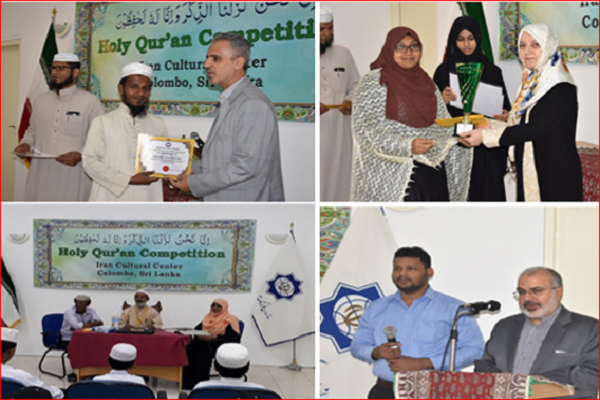 A total of 80 male and female reciters competed in two separate sections, according to the Islamic Culture and Relations Organization.

It was held on December 14-15, and twelve top participants in the two sections were announced winners.

The participants’ performances were evaluated by a panel of judges made up of 13 Sri Lankan Quran experts.

Four of the top Qaris recited verses from the Quran at the closing ceremony on Sunday.

Addressing the ceremony, Hojat-ol-Islam Alizadeh, an official with Al-Musatfa International University, underlined the importance of understanding the Quran and acting upon its teachings.