General
News ID: 3470143
TEHRAN (IQNA) – Leaders from some of the world's most populous Muslim-majority countries are set to meet in Malaysia's capital on Thursday, to address issues such as Islamophobia and poverty, with the organizers insisting the event is not meant to rival the Organization of Islamic Cooperation (OIC). 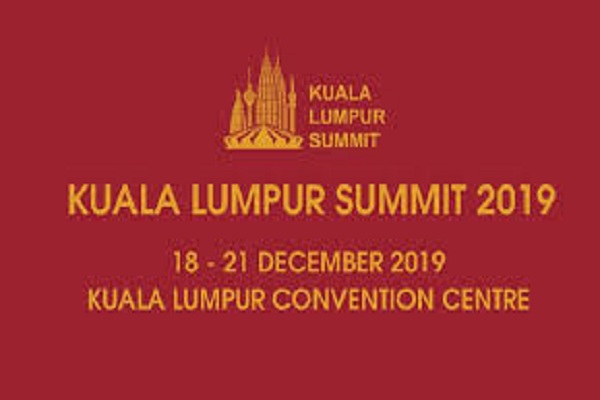 According to the organizers, at least 250 foreign representatives from 52 countries and 150 Malaysian delegates will also join the KL Summit. They include government officials, scholars and leaders from various non-government sectors.

But there are also notable absences including the leaders of Indonesia, Saudi Arabia and Pakistan.

According to the Karachi-based Business Recorder, Pakistan's Prime Minister Imran Khan cancelled his trip after a visit to Saudi Arabia over the weekend.

On Tuesday, Kuala Lumpur-based news website Malaysiakini reported that Khan had called Mahathir to apologize for his absence. Foreign Minister Shah Mehmood Qureshi will attend instead.

For his part, Iran's Rouhani said his presence in Kuala Lumpur is part of a "pivot to the East" policy and an effort to pursue "closer ties with major Asian countries". Iran faces US economic sanctions, which Malaysia's Mahathir described on Saturday as a violation of international law. Rouhani arrived in the Malaysian capital on Tuesday.

Samsudin Osman, the summit secretary general, said that the event, an initiative of Mahathir, seeks to produce "results" on addressing "the plight of the Muslims" around the world.

"We need something concrete...that governments who are committed to the idea can implement," he said, adding that the event also seeks to correct "many misconceptions" about Islam as a religion, Al Jazeera reported.

He laughed off suggestions that the event is meant to create a new bloc that could compete with the OIC, an inter-governmental grouping of 57 countries that was established in 1969. He said political observers are "reading too much" into the summit.

Rais Hussin, president and chief executive of the independent Malaysian think tank Emir Research, said that the summit should be "genuine and not staged for the sake of staging it", while warning that it should not be "wrongly hijacked by nationalist-religious groups."

In an opinion piece published in Malaysiakini on Tuesday, Hussin also urged the summit participants to offer concrete solutions to improve trade between and within Muslim countries.

He pointed out that the entire Muslim world contributes only five percent to global gross domestic product. In terms of demographics, Muslims represent about a quarter of the world's population.