US, Israel behind Problems in Iraq: Political Party’s Representative

General
News ID: 3470217
TEHRAN (IQNA) – Representative of an Iraqi political party in Iran highlighted the role of the US and Israel in the Arab country’s troubles, saying the two are behind all the problems in Iraq. 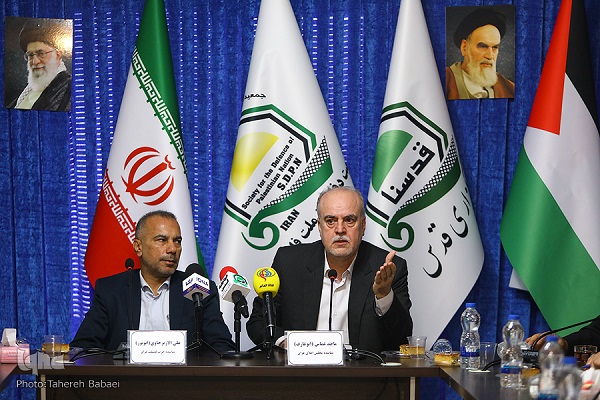 Speaking at a forum titled “Israel Benefiting from Instability in Iraq”, Ali al-Azir Jawi, representative of the Fazilat Party (Islamic Virtue Party), added that the recent protests in Iraq are the result of the government’s mistakes and its failure to build the necessary infrastructures but foreign interference has caused the deviation of the protests.

The forum was held at the office of the Society for Defending Palestine in Tehran on Sunday morning.

Jawi further said that while the US and the Zionist regime created Daesh (ISIL or ISIS), the Popular Mobilization Forces (known as Hashd al-Shaabi) was founded in Iraq to counter the terrorist group and that is why Washington and Tel Aviv hate Hashd al-Shaabi and seek to weaken it.

He also underlined that since its foundation, the Zionist regime of Israel has been seeking to weaken Islamic countries and spread divisions among them.

Other speakers at the forum, including Majid Qammas, representative of the Islamic Supreme Council of Iraq in Iran, said some regional countries do not like to see a strong Iraq and, therefore, try to cause trouble for it.

The US, Israel and some regional countries want to set the ground for disintegration of Iraq, he deplored.

Iraq has been the scene of protests and rallies recently. The protests, which began on October 1, have been pressing the government to bring in reforms that would root out corruption and alleviate the country’s economic woes.

The rallies, however, soon turned violent -- amid reports of foreign interference – killing hundreds of people, including members of the security forces, the Parliament’s Human Rights Commission says.

According to reports, Iraqi security sources have claimed that a US-backed plan seeks to install a pro-Washington government in Baghdad by provoking internal strife and instability in the country.