Social
News ID: 3470231
TEHRAN (IQNA) –  More than 25,000 Muslims and people of other faiths from across the world came together at McCormick Place in Chicago to attend MAS-ICNA Convention titled "Islam: Meeting Today's Challenges & Investing in a Better Future." 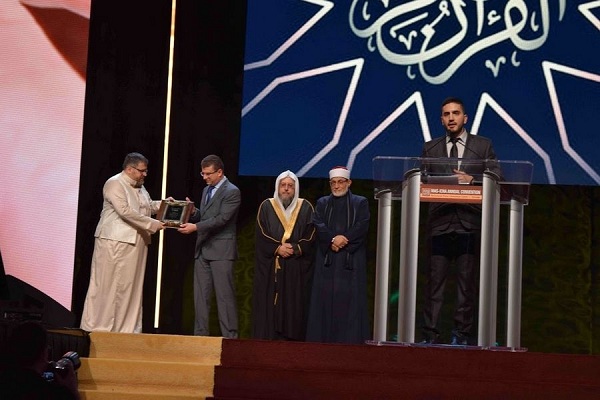 The annual MAS-ICNA Convention was held from Dec. 27-29. "MAS-ICNA" stands for "Muslim American Society" and "Islamic Circle of North America." ICNA is second oldest Muslim organization after ISNA. Currently, ICNA is one of the largest, nonprofit, grassroots Muslim organizations in North America with many projects, programs, and activities designed to help in reforming society.

For the three-day-convention, more than 400 volunteers of all the ages were behind the programs. Mostly volunteers were active in providing security, managing logistics, serving on the panels, and helping convention-goers. The convention had hundreds of speakers, intensive workshops, round table discussions, art exhibits, films, talent shows, a bazaar, and lots of more.

The goal of this convention is to unite people and communities across faiths and backgrounds in the spirit of peace and better understanding.

For several years, the convention is held every December in Chicago. The convention offers a wide variety of programs for all ages.

The convention and several breakout sessions provided access to scholars and speakers from around the world.

The convention also aims to foster the development of the Muslim community, interfaith relations, civic engagement, and better understanding of Islam.

Most of the lectures and speeches held in the main assembly hall accommodated several thousands of attendees' smaller breakout sessions was held in the upper level. Mostly lectures and speech were held in English and Arabic. But few were held in Spanish and Urdu. Qur'an recitation competition was held in multiple conference room. This year, more than 600 individuals parted in the Qur'an recitation competition.

Most of the sessions focused and topic were, "Standing for Justice," "Civic Engagement," "Empower the American Muslim community," "Ibrahim (AS) Was an Exemplary Leader," "Empowering Muslim Americans Through 2020 Census," "The Quest for Excellence & Educating a Whole Muslim, Parenting, Social Justice, and Raising the Next Generation," "Dare to be Muslim -- Building a Strong Muslim Woman Identity," "Interfaith Panel," "Aging with Dignity," "Islam: Inspiration & Transformation for All Ages," "Bangladesh & Kashmir: Democracy, Human Rights and Religious Freedom," "Interfaith Roundtable Dialogue," "Mental Health Interventions in Schools," "Mentors and Leaders, Not Idols" and several others topics.

In the convention, a big bazaar was held with more than 400 booths. The bazaar featured scores of vendors touting all varieties of goods, services, organizations, and causes. On sale were honeys, sweets, and other Middle Eastern and Pakistani food stuffs, traditional and non-traditional men's and women's clothing and outfits. Many vendors and publishers selling Quranic translations and commentary in dozens of languages and vendors distributing brightly-colored headscarves and abayas. Qur'an recitation and study related guide software.

Islamic Relief USA and several other organizations, including Helping Hand, ICNA Relieve, MUHSEN and Zakat Foundation, were the major sponsors for this convention.