General
News ID: 3470290
TEHRAN (IQNA) –  The Iraqi parliament’s move to vote for a bill demanding the withdrawal of all foreign military forces led by the United States from the country was a historic decision. 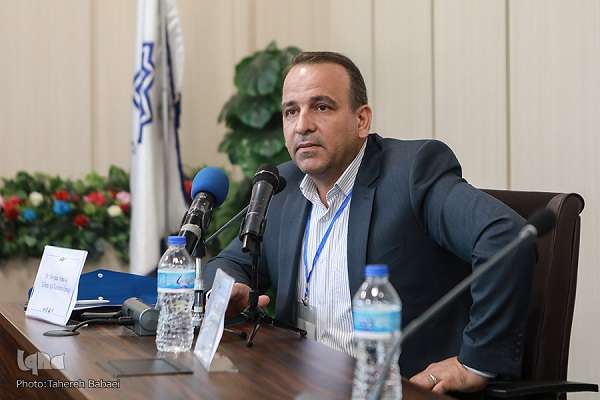 This is according to Haidar Abdul Zuhra al-Tamimi, a University of Baghdad professor and analyst who added in an interview with IQNA that this was the first step on a path that could lead to abolition of all military agreements between the US and Iraq.

“Today the blood of martyrs has borne fruits and threatened the existence of the US in the Middle East, especially in Iraq,” he said.

“This is significant progress and a message to the US that Iraq does not want to see interferences in its domestic and foreign affairs and relations with neighboring countries.”

He also hailed the caterer prime minister, Adel Abdul Mahdi, for his speech at the parliament before the vote, saying that the premier properly informed the lawmakers about the US’ aggressive moves in Iraq and the negative impacts of the US assassination of Iranian commander General Qassem Soleimani on regional developments.

Abdul Mahdi’s comments were courageous and based on deep awareness of how dangerous and harmful the presence of US forces in Iraq and in the Middle East is, al-Tamimi stated.

“The truth is that the US, despite claiming to be seeking peace among regional countries, does not want dialogue and peace in the region.”

The Iraqi scholar said the US definitely wants to continue its military presence in Iraq and so will try to find an excuse to do so.

“It may resort to certain measures to claim that the presence of the US in the region is necessary for security and its departure will cause insecurity.”

Iraqi lawmakers on Sunday unanimously approved a bill, demanding the withdrawal of all foreign military forces led by the United States from the country following the assassination of General Soleimani and al-Muhandis.

The lawmakers, citing Articles 59 and 109 of the Constitution and in line with their national and regulatory responsibilities as representatives to safeguard the security and sovereignty of Iraq, had earlier singed a five-point bill as follows:

Firstly, the central government in Baghdad is obliged to cancel its request to the US-led military coalition, which was purportedly fighting the Daesh Takfiri terrorist on the grounds, now that military operations have ended in the country, and victory over Daesh has been achieved. The Iraqi government should therefore put an end to the presence of any foreign troops and prevent the use of the Iraqi airspace.

Secondly, the government and the commander-in-chief of the armed forces must announce the number of foreign trainers they need, along with their locations, responsibilities, and duration of their contracts.

Thirdly, the Iraqi foreign minister, on behalf of the government, must turn to the United Nations and the Security Council to file a complaint against the United States for violations of the Iraqi sovereignty and security.

Fourthly, the Iraqi government has been required to conduct a thorough investigation into the recent US airstrike in Baghdad and inform the parliament of its results within seven days from the date of the approval of this bill.

Finally, the plan comes into force once it obtains the parliamentary approval.

Elsewhere in his interview with IQNA, Professor al-Tamimi referred to top Iraqi Shia cleric Ayatollah Ali al-Sistani’s emphasis on unity in the country, and said all Iraqi scholars and figures follow this guideline of the source of emulation.

He also said that the recent assassination in Baghdad will strengthen unity among all Iraqi people in the face of the US.

General Soleimani, Abu Mahdi al-Muhandis, who was the deputy head of Iraq’s Hashd al-Sha'abi (PMU), and a number of their entourage were killed in a strike by American drones near Baghdad International Airport in the early hours of Friday.