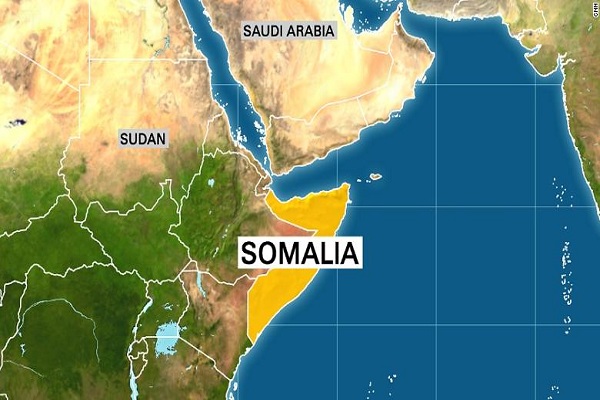 It was not known who carried out the attack but residents and police said al Shabaab elements had tried to attack Afgoye, about 30 km from Mogadishu, late on Friday and were repulsed.

“A speeding suicide car bomb rammed into a place where the Turkish engineers and Somali police were having lunch,” police officer Nur Ali told Reuters from Afgoye.

“So far we know three Turkish engineers and their translator were injured. Two other police men were injured in the blast,” Ali said later when asked about casualties.

Turkey’s state-owned Anadolu news agency said four Turks, employees of a construction firm, who were wounded in the attack and were being treated in hospital, citing information from the Turkish embassy in Mogadishu.

The al Qaeda-linked militant group has claimed responsibility for past attacks in its campaign to overturn Somalia’s UN-backed government.

“We heard a huge blast and soon clouds of smoke into the air. Before the blast, several Turkish engineers and well armed convoy of Somali police were at the scene,” said Farah Abdullahi, a shopkeeper.

“We see casualties being carried but we cannot make if they are dead or injured.”

Since a 2011 famine in Somalia, Turkey has been a major source of aid to the country as Ankara seeks to increase its influence in the Horn of Africa in contest with Persian Gulf rivals like Saudi Arabia and the United Arab Emirates.

Turkish engineers are helping with road construction in Somalia. A group of engineers was among those hit in late December in a blast at a checkpoint in Mogadishu that killed at least 90 people.