Pakistan Calls on India to Rescind Decision on Kashmir 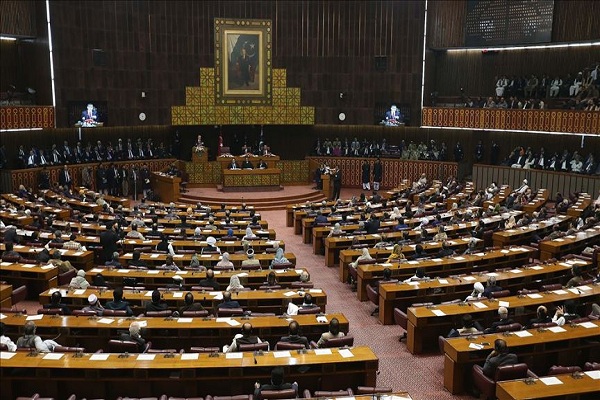 The resolution was passed by the lower house -- the National Assembly -- ahead of the Kashmir Solidarity Day, an annual affair Pakistanis observe to express their support to the “freedom struggle” of Kashmiris on Feb. 5, state-run Pakistan Television reported.

The resolution presented by Syed Fakhar Imam, the head of the parliament’s Kashmir Committee, also urged the Organization of Islamic countries (OIC) to convene a special session to discuss situation in Kashmir.

Condemning the months-long communications and security lockdown of the picturesque Himalayan valley, it called upon New Delhi to allow the media, international governments and rights groups “to access the occupied region so that they are able to assess and report the human rights situation there.”

Rallies and demonstrations will be held across the country and Pakistan-administered Kashmir, commonly known as Azad Kashmir, to mark the solidarity day on Tuesday.

Prime Minister Imran Khan will address a special session of the Kashmir Legislative Assembly in Muzaffarabad -- the capital of Azad Kashmir.

The fresh flare up in already heightened tensions between the two nuclear-armed rivals was sparked by New Delhi’s scrapping of the special status of the Indian-administered Jammu and Kashmir in August last year.