Turkey Colluding with Israel in Support of Terrorism: Syria 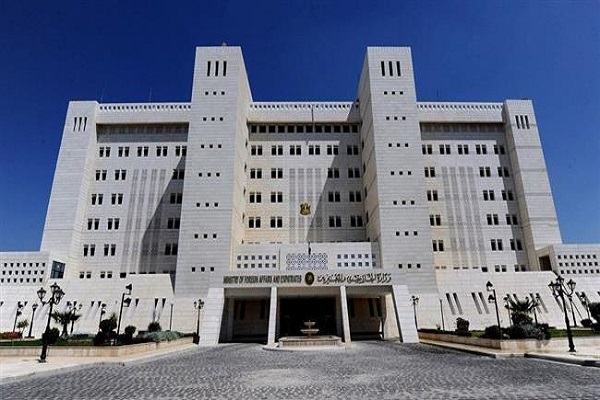 “Turkish forces, in a close collaboration and exposed concurrence, and under the cover of the Israeli aggression, infringed upon Syrian borders and were deployed in areas stretching between the towns of Binnish, Ma'arrat Misrin and Taftanaz. Such a step affirms the common interests of Turkish and Israeli regimes regarding the protection of terrorists, particularly Jabhat Fatah al-Sham (formerly known as Nusra Front), and to impede the advancement of Syrian army in Idlib and Aleppo, and to prevent the complete defeat of their proxies in Syria,” an unnamed source at the Syrian Ministry of Foreign Affairs and Expatriates said in a statement carried by Syria’s official news agency SANA on Thursday.

He added that both the Turkish military deployment and the Israeli airstrikes in the early hours of Thursday are a blatant violation of Syrian sovereignty and international law, and clearly show the entire world the parties that support, sponsor and protect terrorism in Syria. Such incidents took the mask off the face of Turkish leader (Recep Tayyip Erdogan) who used to express hostility towards Israel.

“The Syrian Arab Republic reiterates that acts of aggression, either by the Turkish regime or Israel or both of them, will not prevent the Syrian army from continuing its campaign against terrorism until the entire Syrian territories are liberated and completely purged from the presence of terror groups,” the diplomat highlighted.

SANA, citing a statement released by the Syrian General Command of the Army and Armed Forces, reported that a Turkish military convoy, including a number of armored vehicles, had passed from Oglinar area into Syria and was deployed along the line linking the towns of Binnish, Ma'arrat Misrin and Taftanaz early on Thursday.

The so-called Syrian Observatory for Human Rights said in a report corroborated by witnesses that Syrian troops marched through the city, situated 15 kilometers (9.3 miles) east of Idlib city on Thursday following battles with foreign-sponsored Takfiri militants.