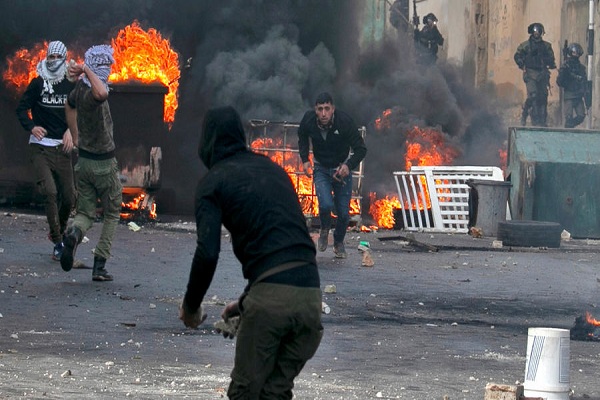 The death brings to five the number killed in the occupied West Bank and Jerusalem al-Quds since US President Donald Trump angered the Palestinians with his plan released last week that heavily favors Israel.

The Palestinian health ministry said Badr Nafla, 19, died after being shot by Israeli forces in the neck during clashes near the northern West Bank city of Tulkarem.

Israeli forces shot dead two Palestinians on Thursday during a demonstration in Jenin against the demolition of a Palestinian house.

One of those killed was named by official Palestinian news agency, WAFA, as a 19-year-old student, Yazan Abu Tabekh. The second was identified as Palestinian policeman Tareq Badwan.

Meanwhile, 14 Israelis were injured on Thursday after a car rammed into soldiers in Jerusalem.

The driver was arrested and is being questioned, Israeli police spokesman Micky Rosenfeld told AFP news agency, adding that there had been no new security-related incidents since Thursday evening.

Thousands of Palestinians prayed at the Al-Aqsa Mosque compound, the third holiest site in Islam and a flashpoint in the Israeli-Palestinian conflict. The site is known to the Jews as the Temple Mount.

On Friday morning, Israeli police turned back busloads of worshippers en route from northern Israel to the mosque compound.

Israeli police spokesman Micky Rosenfeld told AFP there was "heightened security in Jerusalem", including extra police units, particularly "in and around the area of the Old City".