General
News ID: 3470856
TEHRAN (IQNA) – Saudi authorities on Monday announced the discovery of four more new coronavirus cases and that it was suspending travel by air and sea between the Kingdom and nine countries to prevent the spread of the disease. 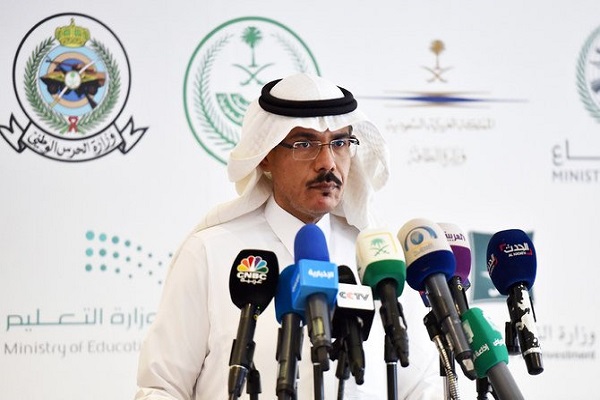 The Ministry of Health said the new cases include a Saudi national, two Bahrainis and an American.

People travelling from those countries or anyone who has been there in the past 14 days would also be temporarily banned from entering the Kingdom.

The discovery of the four new cases brings the total number of confirmed COVID-19 cases in the Kingdom to 15.

A statement by the Saudi health ministry said the first case was a Saudi citizen who is related to a previous case in Qatif. The patient is now isolated in a hospital.

The second and third patients are Bahraini women coming from Iraq on their way to Bahrain. Both were isolated in a hospital also in Qatif.

A ministry spokesperson said the fourth case involved a US national returning to the Kingdom from travel, and passed to the Philippines and Italy before his arrival in the Kingdom.

The patient was transferred to a hospital set up for isolation in Riyadh, the spokesperson said.

The travel ban to the nine countries is the latest of a series of measures undertaken by the Kingdom to prevent the spread of the COVID-19, the code name for the coronavirus that has originated in the city of Wuhan in China.

The Kingdom has suspended travel to and from China last month.

Last week, the Kingdom stopped the entry into the Kingdom of vehicles by land from Bahrain, the UAE and Kuwait, except for commercial vehicles. People traveling into the Kingdom from these countries were told to board flights to only the three major airports in Riyadh, Jeddah and Dammam where they can be checked by health aurhoties.

Also late on Sunday, the Saudi General Entertainment Authority announced early on Monday the closure of Riyadh Boulevard and Winter Wonderland due to concerns about the new coronavirus, Al Ekhbariya TV reported.

The Saudi Ministry of Education also announced on Sunday that schools and universities will be closed from Monday as part of “preventive and precautionary” measures recommended by health authorities and are designed to protect students and staff.

The decision covers all educational institutions, including public and private schools, and technical and vocational training institutions.

Also suspended from Monday are all educational and Quranic activities at mosques.

Earlier on Sunday, the Ministry of Interior said it will limit movement in the governorate of Qatif, to prevent infected persons in the area from spreading the disease.

All 11 cases of coronavirus in the Kingdom were residents of the Qatif, located in the Eastern Province. Some of them were said to have travelled to Iran, one of the worst hit by COVID-19.

Movement from and into the province will be temporarily suspended, but residents who are currently outside the area will be allowed back in, the ministry said, according to Arab News .

Except those providing essential services and security, such as pharmacies, gas stations, healthcare, environmental, municipal and security facilities and shops, government and private sector work premises will be temporarily shut down.

Transportation of consumer data-x-items and supplies will still be allowed into the province, but with certain measures to ensure public health.