Electronic Copy of ‘Stories from Quran’ Published in Thailand 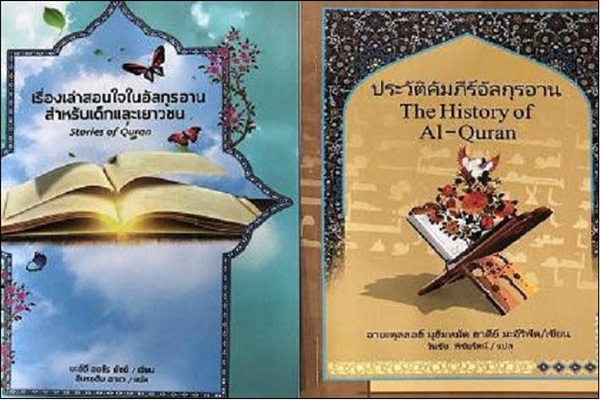 The ebook has been translated into the Thai language by Sheikh Ebrahim Aveh and published by Iran’s Center for Organizing Translation and Publication of Islamic Instructions and Humanities in collaboration with Iran’s Cultural Office in Thailand, Tehran Times reported.

The book is the fifth of the series and includes stories from several prophets including Prophet Noah, Prophet Ibrahim, Prophet Joseph (AS) and Prophet Muhammad (PBUH) with a simple narration for children.

Mehdi Azar-Yazdi (March 1922– July 2009) was an Iranian children’s writer. He started his career in 1956. His books are adaptations of works of the Classical Persian literature re-written for children in an easy-to-understand style.

His most notable book “ Good Stories for Good Children” won a UNESCO prize in 1966 and was selected as Iran’s best book of the year in 1967.