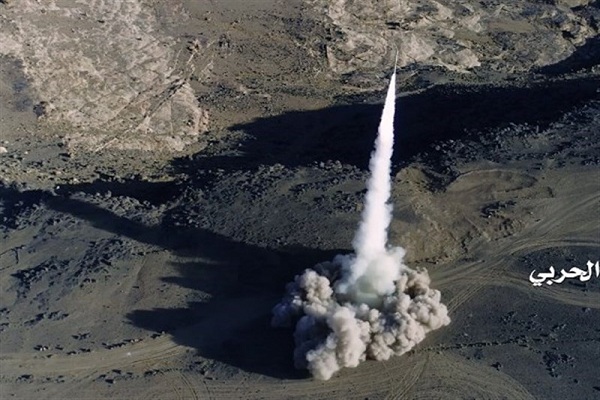 The army spokesperson, Yahya Saree, said that the recent operations have hit their targets in airports of Jizan, Asir and Khamis Mushait, including a gathering of senior military officers, among them Saudi military officials in Altadween military camp in Maʼrib.

These operations, the army spokesperson says, have been carried out in retaliation to the spike of Saudi airstrikes, including Sunday's Saudi airstrike on a house in Washeha area of Hajjah province that resulted in the killing of 10 members from one family, among them the mother and two of her infants.

These operations have also targeted vital Saudi oil installations, according to the spokesperson, Press TV reported. This come as Yemenis have been suffering from tighter Saudi restrictions on fuel imports, where long lines of cars and vehicles could be seen everywhere before gas stations.

Earlier, the Saudi-led claimed that it had intercepted four missiles and six bomb-laden drones launched by Yemenis. But it fell short of saying where the missiles were intercepted.

Retaliatory attacks by Yemen's army backed by Houthi Ansarullah fighters have escalated since late May when a truce prompted by the coronavirus pandemic expired. In late June, Yemen's missiles reached the Saudi capital Riyadh.