Yemen's Ansarullah Agrees to Give UN Access to Abandoned Tanker

General
News ID: 3471977
TEHRAN (IQNA) – Yemen's Houthi Ansarullah movement has agreed to provide the United Nations access to a stranded oil tanker that risks causing an environmental disaster off the coast of the war-divided country, two UN sources familiar with the matter said. 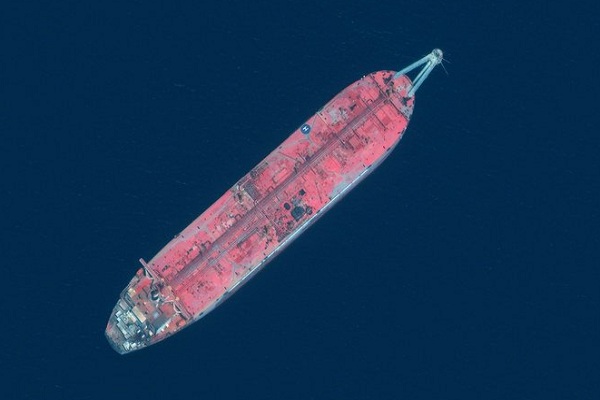 The UN earlier this week said it was extremely concerned after water entered the engine room of Safer tanker, which carries 1.1 million barrels of crude oil and has been stranded off the Red Sea oil terminal of Ras Issa for over five years.

The sources said that the movement, which controls the port, sent a letter approving the deployment of a UN technical team to the tanker, Reuters reported.

The United Nations is also discussing with Yemen's warring parties about arranging the sale of the crude and dividing proceeds between Yemen's Saudi-backed government and the Ansarullah movement that ousted it from power in the capital, Sanaa, in late 2014.

The UN Security Council is scheduled to hold a meeting Wednesday to discuss the Safer tanker issue which has been mired in disputes over control of ports and revenues.

Yemen's oil output has collapsed since a Saudi-led coalition launched attacks on Yemen in March 2015.

The Saudi-led war has killed more than 100,000 people and caused what the UN describes as the world's largest humanitarian crisis.

The United Nations recently launched virtual talks among the parties to agree a permanent ceasefire and confidence-building steps to restart peace negotiations. But discussions have been complicated by a surge in violence since late May when a temporary truce prompted by the coronavirus pandemic expired.