General
News ID: 3472003
TEHRAN (IQNA) – The UN’s standing in the world began to seriously decline after the Bosnian genocide, according to renowned British musician Yusuf Islam. 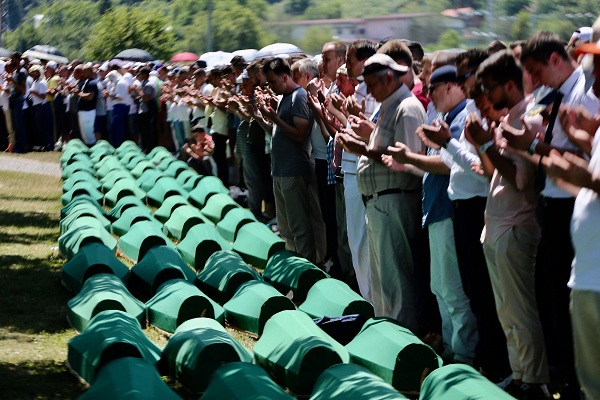 “It shows that major powers and nations do not necessarily want a ‘United World’ body to rise that could be big and strong enough to make its own moral decisions and intervene in such cases,” Islam told Anadolu Agency on the 25th anniversary of the Srebrenica genocide.

“Look at the hundreds of impotent resolutions sitting on the UN Assembly’s shelf.” Islam underlined that the Muslim world is not united apart from religious names and culture.

“As far as becoming a global moral conscience is concerned as Allah has mentioned: ‘Thus we have made you a middle-nation that you may be witnesses over mankind…’ there is little sign that these verses have been applied for many centuries,” he said, quoting from Quran’s Surah Al Baqarah.

Islam said Muslim governments “remain divided” and “usually take their lead from the advanced nations, waiting until they see a green light.” “It is a sad fact.” Also speaking on prevention of any tragedies similar to the one in Bosnia, Islam said it would be a good step if a “non-aligned” body protected the members if attacked.

“A non-aligned body with commitment to a basic Human Right constitution, based on safeguarding life, property and religious freedom, with firm obligations to protect members if attacked, would be a good step,” he said.

“Such as the UN model, except that body has proved to be ineffective because of the Security Council mechanism, which is at its center and which still holds all the powers.” Islam pointed out that the media played a “very important role” in the Bosnia war, as it would be hidden without the daily reporting.

He said he learned about the genocide “like most people, from the media.” “The news sent a cold shiver through the veins of all Muslims, and especially in Europe where it was happening.”

More than 8,000 Bosnian Muslim men and boys were killed when Bosnian Serb forces attacked the UN "safe area" of Srebrenica in July 1995, despite the presence of Dutch troops tasked with acting as international peacekeepers.

Srebrenica was besieged by Serb forces who were trying to wrest territory from Bosnian Muslims and Croats to form their own state. The UN Security Council had declared Srebrenica a "safe area" in the spring of 1993.

The Dutch troops failed to act as Serb forces occupied the area, killing about 2,000 Muslim men and boys on July 11 alone. Some 15,000 Srebrenica residents fled into the surrounding mountains, but Serb troops hunted down and killed 6,000 of them in the forests.