General
News ID: 3472017
TEHRAN (IQNA) – The British Ministry of Defense revealed it has logged more than 500 Saudi air raids in possible breach of international law in Yemen, even though last week it justified resuming arms sales to Riyadh on the basis that only isolated incidents without any pattern have occurred. 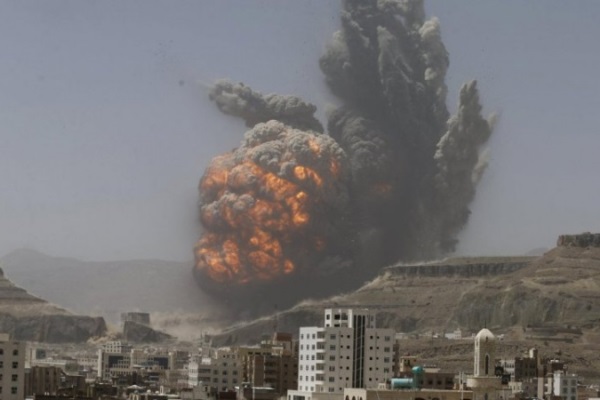 The trade minister, Greg Hands, answering an urgent question in the Commons on last week’s resumption of UK arms sales to Saudi Arabia, refused to say how many bombing incidents had been reviewed by the UK before it agreed to grant UK arms export licenses again.

He also said he would not publish any UK government reports on individual Saudi strikes saying he was not at liberty to do so since the information may come from confidential sources.

Yet following a written question from the Labour MP Zarah Sultana asking for the number of violations or breaches of international humanitarian law by the Saudi-led coalition in Yemen since 2015, the defense minister, James Heappey, replied: “As at 4 July, the number of alleged instances of breaches or violations of International Humanitarian Law (IHL) in Yemen listed on the ‘Tracker’ database maintained by the Ministry of Defense (MOD) is 535.”

The written answer says that of the 535 instances, 19 are duplicate entries, meaning that some incidents will have been recorded on more than one occasion likely because of the incomplete nature of reporting, and the number of known instances is at least 516.

The last time a comparable number was published by the UK government was in December 2017 when 318 were recorded, representing an increase of 200 incidents in just over two-and-a-half years.

The court of appeal last year ruled in a judicial review that UK arms sales to Saudi were unlawful because no internal assessment of the lawfulness of the Saudi campaign had been made by the UK government.

Ministers announced last week it had now conducted such a review of the Saudi campaign and so could lawfully recommence the granting of the government arms export licenses. It said the review showed there had been no pattern to the isolated breaches of international law, and so there could have been no intent to breach the law by Saudi Arabia.

The Campaign Against Arms Trade (CAAT) said it was now examining all legal options to challenge the government’s decision to restart arms sales, and the scant ministerial justification provided to MPs on Monday will encourage campaigners into believing a further court action could succeed.

CAAT spokesman Andrew Smith said: “The government claims that any violations of International Humanitarian Law are isolated incidents, but the MoD itself is aware of 516 of them.

“These are not statistics, they are people’s lives. Saudi forces have bombed schools, hospitals and homes. They have turned gatherings into massacres and inflicted a humanitarian crisis on Yemen. We are considering all legal options to challenge this appalling decision.”

The UK’s trade department announced the recommencement of arms sales on Tuesday, the day after the Foreign Office had for the first time applied individual human rights-related sanctions on a group of Saudi officials involved in the murder of Jamal Khashoggi, the Washington Post reporter.

Hands said the two issues – individual human rights-related sanctions and sale of weaponry in Yemen – were entirely separate. The timing of the restart of arms sales had also been questioned since there is growing evidence that COVID-19 is spreading rapidly through Yemen.