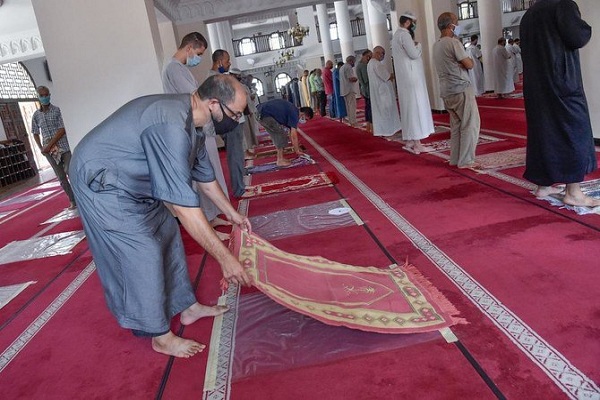 Curfews remain in place in more than half the country, and masks are required outdoors as Algeria tries to keep virus infections down. But authorities decided to start reopening public places starting Saturday, saying the virus infection rate is believed to have stabilized.

Crowds packed beaches Saturday in the capital Algiers, celebrating the opportunity to swim in the Mediterranean Sea amid the August heat.

Restaurants were also allowed to reopen, and mosques that can hold more than 1,000 people and ensure social distancing measures.

However, mosques remain closed to all women, children and the elderly until further notice, and the main weekly Muslim prayers on Friday will remain banned to limit crowds. Mosque-goers must wear masks and bring their own prayer mats.

“This reopening will depend entirely on the discipline of each person to respect protection measures,” said the minister for religious affairs, Mohamed Belmahdi, who was among those attending the first services Saturday at Khaled Ibn El Walid Mosque in the resort town of Heuraoua east of Algiers.

He warned that authorities would close mosques again if Algerians show even a “slight indifference” toward preventive measures. “The health of citizens comes before faith.”

Algeria has reported more than 37,000 virus infections and 1,350 deaths as of Friday, the third-highest death rate reported in Africa after South Africa and Egypt.