General
News ID: 3472377
TEHRAN (IQNA) – A number of non-governmental organizations in Indonesia denounced the recent deal between the United Arab Emirates and Israel for normalization of ties. 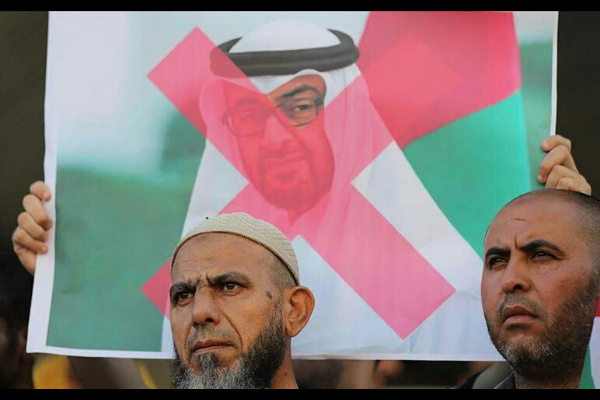 In a statement on Monday, a coalition of 30 Indonesian NGOs dubbed “Indonesian Coalition for Defending al-Quds” described the “shameful” deal as a crime against the Palestinian nation.

Head of the coalition Bakhtiar Nasser said those who normalize ties with the Zionist regime consider colonialism to be normal and endorse oppression, murder and pillage, Anadolu Agency reported.

Such a move is betraying all the efforts to protect Al-Aqsa Mosque, he added.

He called on NGOs around the world, especially those in the Muslim world, to work toward fair resolution of the issue of Palestine.

The much-condemned deal was recently signed between Israel and the United Arab Emirates (UAE).

US President Donald Trump, who apparently helped broker the deal, has attempted to paint it as a big breakthrough.

The UAE is now the third Arab country, after Egypt and Jordan, to normalize with Israel. Abu Dhabi was already believed to have clandestine relations with Tel Aviv.