General
News ID: 3472471
TEHRAN (IQNA) – The Arab League secretary general censured as null and void a recent US-backed decision by Serbia and Kosovo to move their embassies in the occupied Palestinian territories from Tel Aviv to Jerusalem al-Quds. 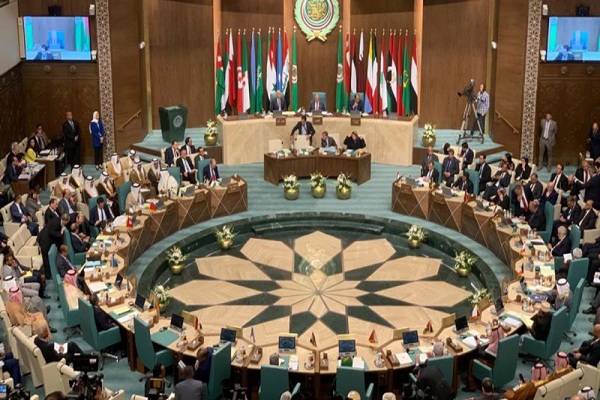 On Friday, Israeli Prime Minister Benjamin Netanyahu said that Tel Aviv and Pristina had agreed to establish diplomatic ties and Kosovo, along with Serbia, will open its embassy in occupied Jerusalem al-Quds.

The remarks came shortly after US President Donald Trump made a similar announcement in Washington, where he met with leaders of Serbia and Kosovo as they agreed to normalize economic ties between them.

The decision came some three years after Washington, in a highly provocative move, recognized the city as Israel’s “capital.”

In a statement on Saturday, Arab League Secretary General Ahmed Aboul Gheit said that the move by the two Balkan archrivals was contrary to the United Nations decision, international law, and Security Council resolutions that prohibit countries from moving their embassies to Jerusalem al-Quds since it is considered occupied.

Aboul Gheit stressed the Arab League’s firm position which considers Jerusalem al-Quds to be one of the final status issues to be negotiated between the Palestinians and Israelis.

He argued that ignoring international decisions and preempting the results of negotiations are wrong and illegal, and severely impede the chances of reaching a real peace based on the so-called two-state solution along the pre-1967 boundaries.

Last month, the US president also brokered an agreement between Israel and the United Arab Emirates that would lead to a full normalization of diplomatic relations between the two sides.

Also on Saturday, a leader of the Palestinian Hamas resistance movement warned that the normalization agreements with the Israeli occupation regime will lead to perpetuating its hegemony over the Arab region.

Speaking at a news conference in the Lebanese capital, Beirut, Ismail Haniyeh called on the Arab governments not to normalize ties with the Tel Aviv regime and refrain from allowing it to penetrate the region, Press TV reported.

Haniyeh also censured Trump's so-called deal of the century on the decades-old Israeli-Palestinian conflict, saying, “It cannot be dealt with at all or be a gateway to resolving the conflict.”

Defying international outcry, Trump in late January announced the general provisions of the plan that he has been dubbed ‘deal of century’ at the White House with Netanyahu at his side.

The ‘Vision for Peace’, which all Palestinian groups have unanimously rejected, would, among other contentious terms, enshrine occupied Jerusalem al-Quds as “Israel’s undivided capital” and allow the regime to annex settlements in the occupied West Bank and the Jordan Valley.

The Saturday press conference came following Haniyeh's meeting with Azzam al-Ayoubi, head of the political bureau of the Islamic Group in Lebanon.

Haniyeh said that during the meeting with Ayoubi, the two officials discussed the latest developments in the Palestinian and Arab arenas.

“We have found support for the path of steadfastness and resistance in occupied Palestine, and we assert that it is the path that can shorten the road towards the liberation of Palestine and al-Quds,” Haniyeh said.