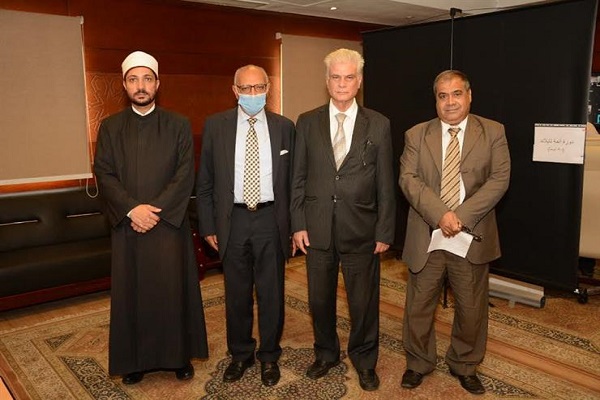 According to youm7.com, the month-long course, which was held via video conferencing under the supervision of Ahmed el-Tayyeb, the imam of Egypt’s Al-Azhar Islamic Center, concluded on September 3.

Jamal Abul-Sorur, head of the International Islamic Center for Population Studies and Research of Al-Azhar University highlighted the role of the organization in training preachers in the Muslim world based on modern teaching methods and appreciated efforts in the promotion of the preachers’ skills and knowledge.

He said that the preachers who take such courses can fight extremist thoughts and disseminate moderate Islam in their countries.

Osama Yasin, deputy of the official council of Al-Azhar Graduates Organization said that the organization tries its best to fulfill its objective of conveying the message of Al-Azhar to all preachers, clerics and imams of mosques in the Muslim world.

Faisal Leevan, head of the Thailand’s branch of Al-Azhar also thanked the organization for its role in fighting extremism and prejudices and disseminating moral virtues and coexistence in the world.