General
News ID: 3473208
TEHRAN (IQNA) – Saudi Arabia confirmed that a distribution station belonging to its Aramco oil company has been hit by a Yemeni missile attack, claiming that the Houthis have targeted “the core of global economy and its supply routes.” 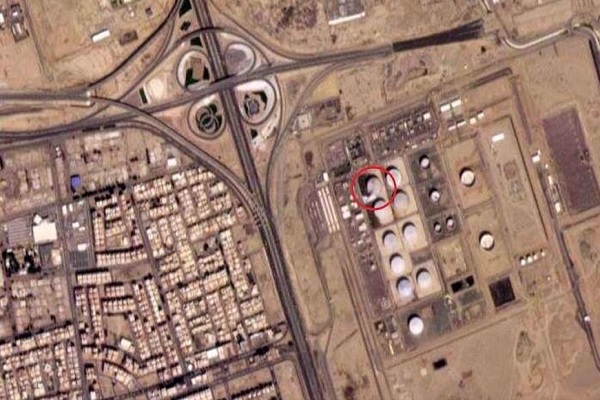 In a statement carried by the Saudi Press Agency (SPA), spokesman for the Saudi-led military coalition fighting against Yemen Turki Al-Malki said the early Monday missile attack did not just “target the Kingdom’s National Assets, but the core of global economy and its supply routes, as well as the security of global energy.”

His comments came after the Saudi energy ministry confirmed the Yemeni missile attack against the Aramco oil facility in Jeddah.

Earlier, the spokesman for Yemen's Armed Forces, Brigadier General Yahya Saree, said in a statement that the distribution station was targeted by the Quds-2 winged missile with high precision, Press TV reported.

According to Saree, the Quds-2, a new generation of locally-made winged missiles, recently entered service after successful tests in the depths of Saudi Arabia which have not been disclosed yet.

The Yemeni spokesman stressed that the attack came in response to the ongoing Saudi military aggression and siege.

In his Monday remarks, Turki Al-Malki said the Yemeni missile attack was “a continuation” to earlier retaliatory attacks against oil facilities in Abqaiq and Khurais.

The attacks "resulted in a temporary suspension of production at Abqaiq and Khurais plants.” It led to the interruption of an estimated 5.7 million barrels of crude, or about 50 percent of total production.

The Houthis say the attacks are a firm response to Saudi Arabia’s relentless bombardment of Yemen, where tens of thousands of civilians have been killed since Riyadh launched its illegal military campaign five years ago.