General
News ID: 3473222
TEHRAN (IQNA) – President of the Republic of Azerbaijan Ilham Aliyev presented a copy of the Holy Quran he brought from Mecca to the mosque in the city of Aghdam, which the country recently liberated. 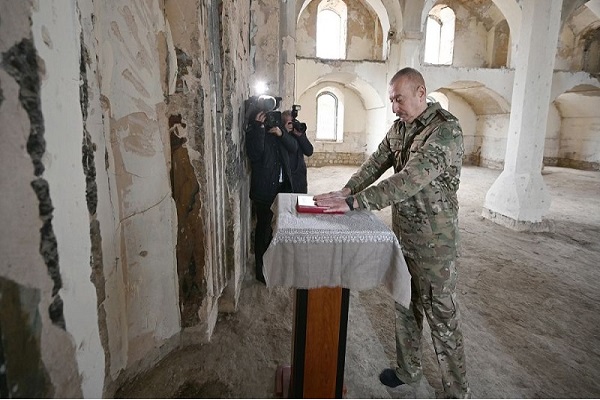 “Today, I presented the Holy Quran I brought from Mecca to the Aghdam mosque,” Aliyev, who was accompanied by his wife, said at the mosque.

“I am happy to have visited Mecca four times. Once with my late father and three times as president. I am happy that I prayed with my family inside the Holy Kaaba. I have the same feelings in my heart as everyone else. My first prayer was for the liberation of our lands from occupation. I asked God to give me the strength to liberate our lands from the occupiers, to give us this happiness and to return to the land of our ancestors,” he said, according to Trend news agency.

Following weeks of clashes between Azerbaijan and Armenia that began on September 27, the leaders of Azerbaijan, Armenia, and Russia signed a statement on November 9 to end the war in the disputed Nagorno-Karabakh region. The ceasefire agreement came into effect overnight.

“The Aghdam region and the territories held by the Armenian Party in the Gazakh region of the Republic of Azerbaijan shall be returned to the Azerbaijani Party until November 20, 2020,” the ceasefire agreement said. 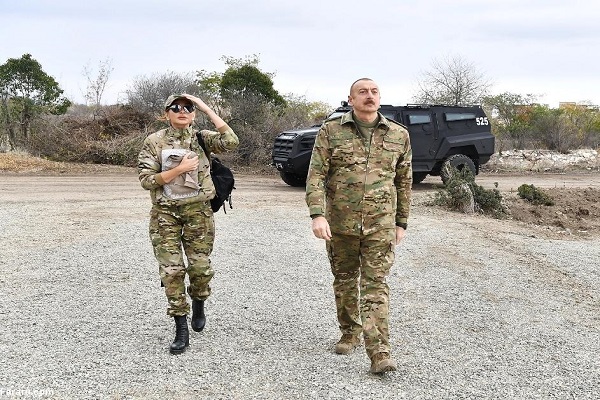 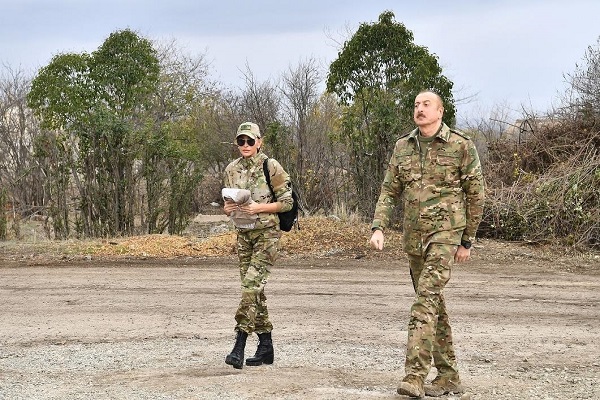 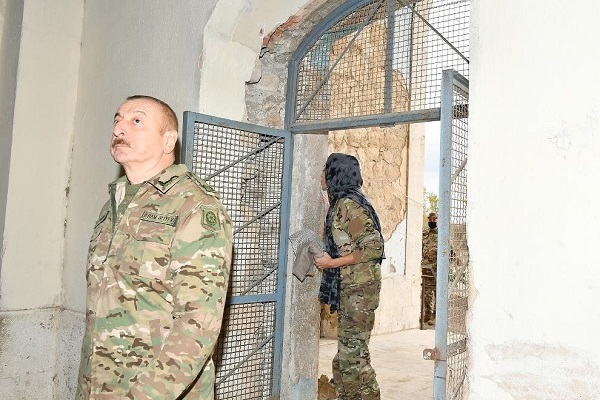 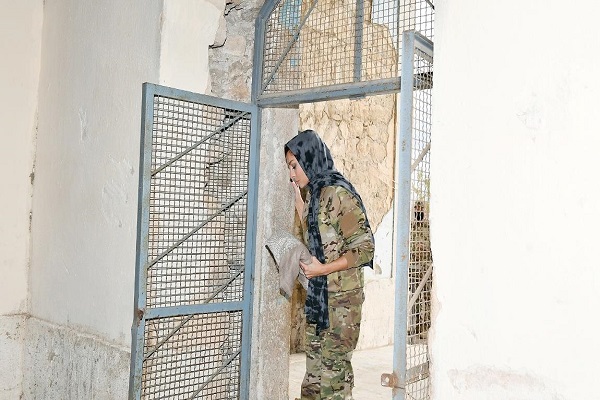 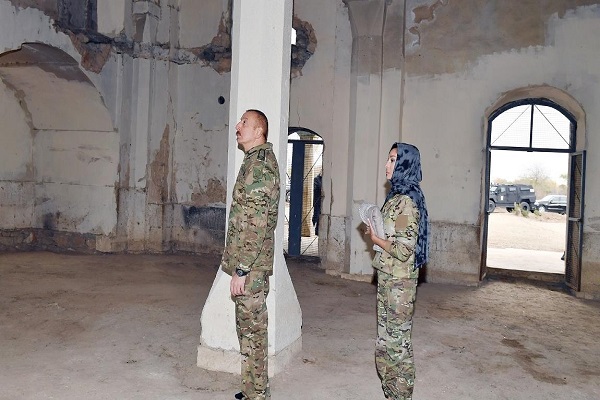 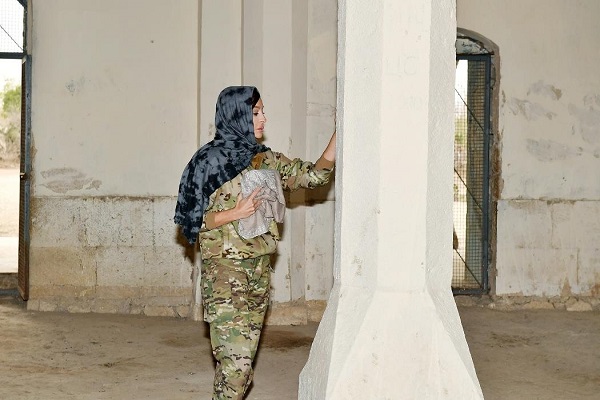 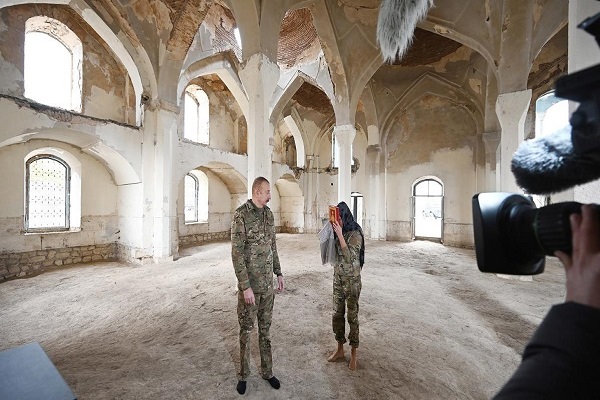 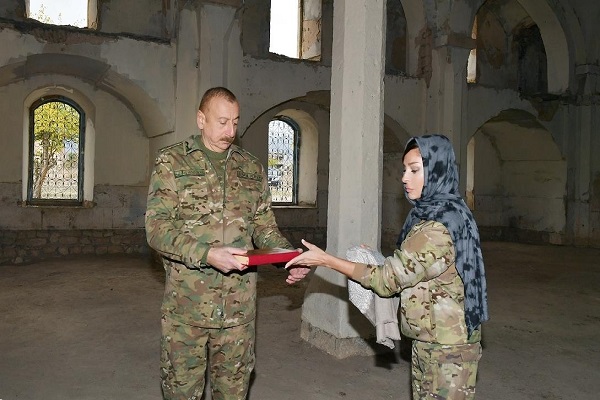 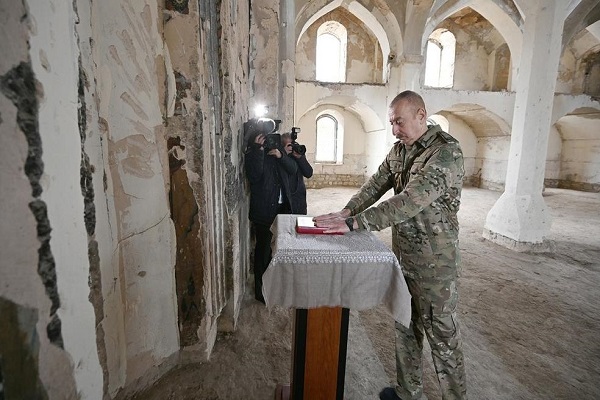 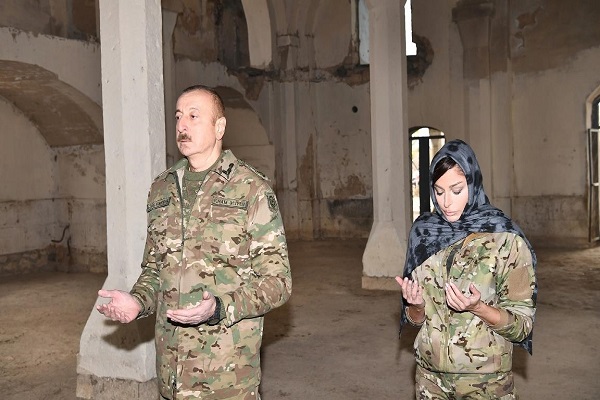 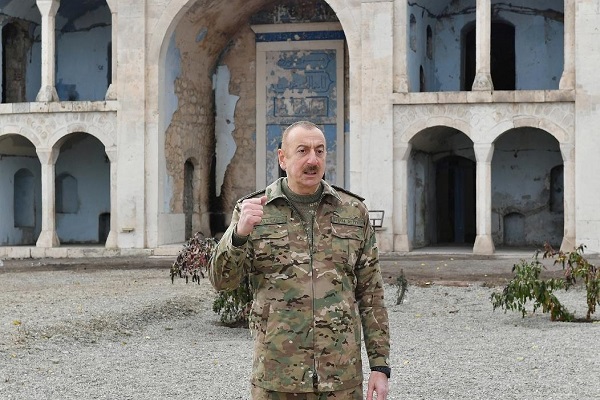 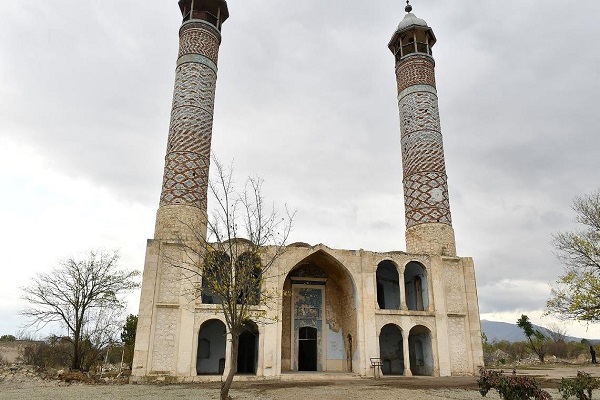