General
News ID: 3473249
TEHRAN (IQNA) – The Syrian and Russian air forces resumed their operations over central Syria this weekend, as their warplanes launched several airstrikes over the Daesh terrorist group’s positions in the Badiya Al-Sham and eastern Hama regions. 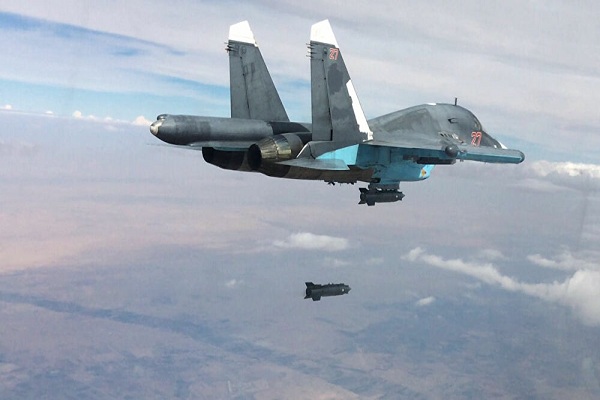 According to reports from the field, the Syrian and Russian warplanes began their strikes on Daesh hideouts in the desert region adjacent to the Al-Sa’an District of Hama al-Masdar News reported.

They would expand their strikes to the southern region of the Al-Raqqa Governorate, where they hit the Daesh’s positions outside the historical town of Al-Resafa.

The reports said the Syrian and Russian air force would turn south of Al-Raqqa to target Daesh terrorists in the northeastern part of the Homs Governorate, as they scored a number of direct hits on the terrorist positions.