General
News ID: 3473425
TEHRAN (IQNA) – A mosque came under an attack in Amsterdam, the Netherlands. 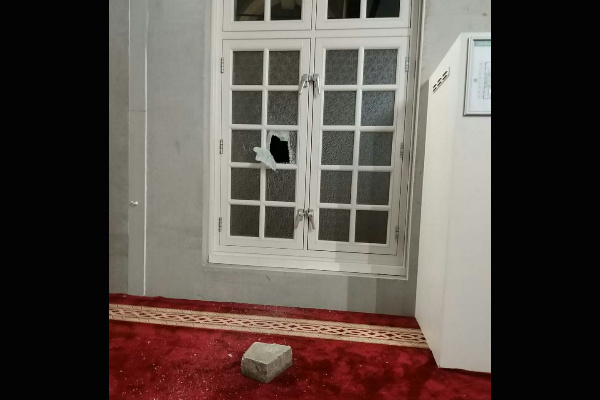 A man wearing a mask hurled stones at the Hagia Sophia Mosque, an official said.

There was no damage to the place of worship other than broken windows, Gaza Dejric added.

The official noted that the mosque will soon file a complaint against the unedified assailant.

He expressed concerns over similar incidents targeting mosques in recent months, urging the Dutch police to take measures to ensure the security of the places of worship.

The grand mosque of Utrecht in the Netherlands was also attacked by unknown individuals on Sunday.

Such Islamophobic incidents have caused concerns among the country’s Muslims.