Taliban Team in Pakistan for Talks

General
News ID: 3473432
TEHRAN (IQNA) – A Taliban team, led by the co-founder of the group, arrived Wednesday in Islamabad for talks with Pakistani government leaders amid growing calls for a reduction in violence in neighboring Afghanistan. 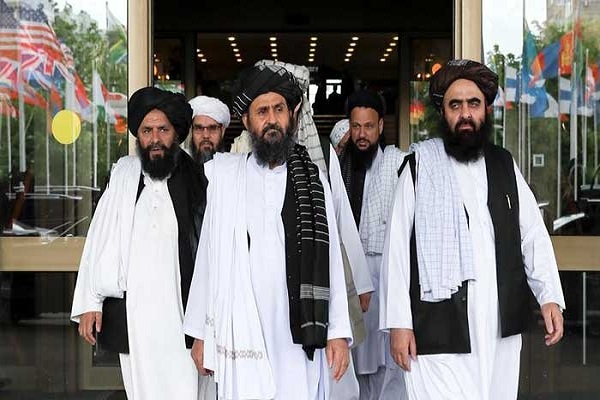 The visit came as the Taliban unleashed a wave of attacks in Afghanistan, striking in northern Baghlan and southern Uruzgan province late Tuesday and early Wednesday. At least 19 members of the Afghan security forces and 11 Taliban fighters were killed in fierce battles, officials said.

Mullah Abdul Ghani Baradar and his delegation were summoned to Islamabad from Qatar, where they have been negotiating since September with Afghan government representatives, officials close to the talks said, AP reported. The visit comes on the heels of US envoy Zalmay Khalilzad's quick trip Tuesday to Pakistan’s military in the garrison city of Rawalpindi.

The Pakistani military has wielded significant influence over the Taliban and has had links with some of their leaders - then part of the US-backed mujahedeen - dating back to the 1980s and the former Soviet Union's invasion of Afghanistan. The Taliban emerged in 1994 in response to runaway corruption and violence of mujahedeen warlords who took power from the former communist regime in 1992.

Pakistan was key in getting the Taliban to the negotiation table with the United States in 2018. Those talks eventually led to the US-Taliban deal that was signed in February, providing for the withdrawal of US and NATO troops from Afghanistan.

The deal also paved way for the start of talks between the Taliban and the Afghan government, which began in September in efforts to hammer out a roadmap for post-war Afghanistan. The talks, after some recent procedural progress, have been suspended till early January and there is speculation the resumption could be further delayed.

Kabul has called for the talks to resume inside Afghanistan while the Taliban insist they continue in Doha, Qatar, where they maintain a political office.

Meanwhile, Washington has been increasingly frustrated by a spike in violence in Afghanistan and calls for a cease-fire have been reaching crescendo in both Kabul and in Washington.

However, it is unclear if the Taliban visit to Pakistan would yield any progress toward even a temporary cease-fire in Afghanistan.

US President Donald Trump accelerated the withdrawal of US troops from Afghanistan earlier this month, with another 2,000 troops returning home by early January and leaving just 2,500 American soldiers behind.

The final withdrawal hinges on Taliban fulfilling their commitment to cut off al-Qaeda and other militant groups and ensure that Afghan territory is not used for attacks on the United States. The Daesh group - a rival of the Taliban - is seen as America's greatest security threat in Afghanistan.

Khalilzad has called on both sides in the Qatar talks to press toward a political solution, but the stepped-up violence by the Taliban is undermining progress, according to officials familiar with the talks. They spoke on condition of anonymity to discuss the negotiations.

The Taliban have so far rejected that a cease-fire be on the agenda of the Qatar talks.

In the latest attacks in Afghanistan, Jawed Basharat, spokesman for the provincial police chief in Baghlan province, said the Taliban attacked a police checkpoint near Puli Khumri, the provincial capital.

Taliban spokesman Zabihullah Mujahid, however, claimed that Afghan security forces had shelled civilian areas, prompting a response from the insurgents. Basharat said an investigation was underway into the attack.

A provincial health department official, who was not authorized to speak with the media, said bodies of 13 policemen and five wounded were brought to a city hospital early Wednesday. One of the wounded died shortly afterward, the health official said.

In the Uruzgan attack, Ahmad Shah Sahil, spokesman for the provincial governor, said a Taliban attack on a checkpoint late Tuesday in Dehrawad district killed five members of the security forces and wounded two others. He added that at least 11 Taliban fighters were killed and six others were wounded in the fighting there, which ended early in the morning Wednesday.

The Taliban did not immediately offer any comment on the attack in Uruzgan.

In Kabul, a roadside bomb struck a vehicle early Wednesday, wounding two people, according to police spokesman Ferdaws Faramarz. On Tuesday, a lawyer was shot and killed in the latest target killings sweeping the country. Afghan police have arrested two suspects in connection with the shooting.