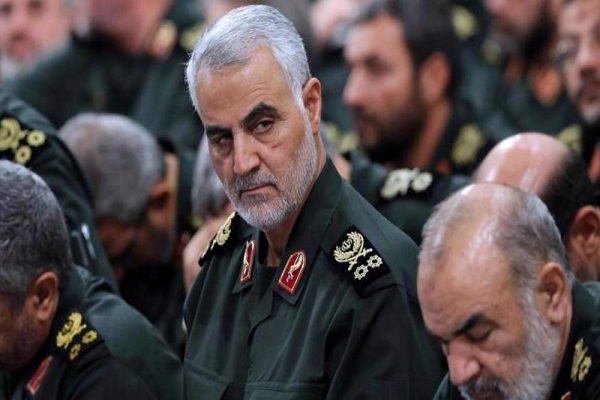 “[US President Donald] Trump would not have made the decision to overtly assassinate Qassem Soleimani, if it weren't for his constantly unsettling the hegemonic schemes of the United States in a most painful manner,” Sheikh Naim Qassem said.

“General Soleimani would not be occupying such a lofty place in the hearts of people, had it not been for his achievements and for the victories of the resistance front that took place under his watch,” he added in an interview with Lebanon’s Arabic-language al-Ahed news website.

Lieutenant General Qassem Soleimani, the commander of the Quds Force of Iran's Islamic Revolution Guards Corps (IRGC), and his Iraqi trenchmate Abu Mahdi al-Muhandis, the deputy head of the Popular Mobilization Units, were assassinated along with their companions in a US terror drone strike authorized by Trump near Baghdad International Airport on January 3.

Early on January 8, the IRGC targeted the US-run Ain al-Assad air base in Iraq’s western province of Anbar with a barrage of missiles to retaliate the assassination.

According to the US Defense Department, more than 100 American forces suffered “traumatic brain injuries” during the counterstrike on the base. The IRGC, however, says Washington uses the term to mask the number of American forces who perished during the retaliatory operation.

Iran has described the missile attack on Ain al-Assad air base as a “first slap.”

Elsewhere in his remarks, Sheikh Qassem said Hezbollah did not attach much significance to the results of the US presidential election, but it believed there was a lesson for the oppressors in the “repressive” Trump's departure from office.

“Judgment on [US President-elect Joe] Biden will depend on his policies. He should know how we value our land and our independence,” he commented.

Sheikh Qassem gave assurances that Hezbollah will continue to tread the path of resistance, and will use its deterrent power to confront the Israeli occupiers.

“Those who stood up against Israel, prevailed over it, faced sanctions but never altered their stance in the face of the most difficult circumstances, will not allow the martyrs' blood and their achievements to be wasted,” Sheikh Qassem said.