General
News ID: 3473512
TEHRAN (IQNA) – At least two policemen were killed after a series of explosions hit Kabul on Saturday morning, the latest violence to hit the Afghan capital. 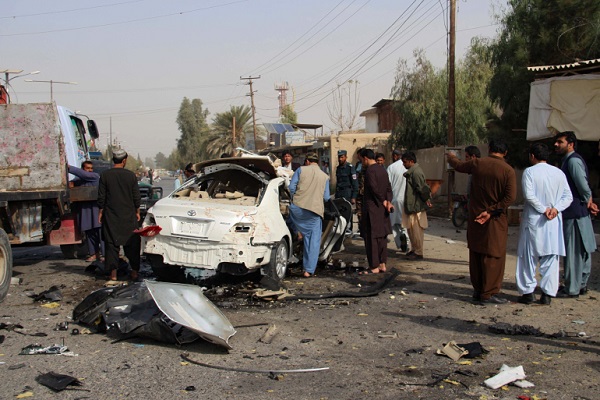 Police spokesman Ferdaws Faramarz said “The officers died and a civilian was hurt when a magnetic bomb attached to a police vehicle detonated in western Kabul.

Two other police were wounded when a bomb attached to their car exploded earlier Saturday in southern Kabul, Faramarz said.

He said a third bomb also exploded in the city but caused no casualties, AP reported.

There were reports of at least two other blasts elsewhere in the city but police had no immediate details.

Daesh has also claimed responsibility for last week’s rocket attacks targeting the major US base in Afghanistan. There were no casualties.