General
News ID: 3473551
TEHRAN (IQNA) – The US knew that General Qassem Soleimani and Abu Mahdi al-Muhandis were impenetrable barriers against terrorism in the region, a group of Shia scholars in the Iraqi holy city of Najaf said. 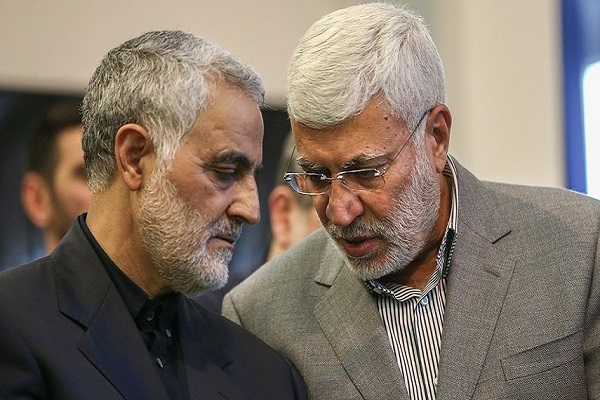 In a statement released ahead of the martyrdom anniversary of the two commanders, the scholars said the terrorist Washington government committed a crime that shook freedom-seeking human beings in the world, Al-Alam TV reported.

“The US and its president well know the martyred commanders were a huge barrier to expansion of terrorism in the region; however, the US never wants stability and peace be established in the region, especially in Iraq,” they said.

“They have well realized that Iraq’s prosperity and its growth and development is detrimental and harmful to their presence in the country,” the statement added.

Therefore, it said, it is absolutely necessary that the US withdraws all its forces from Iraq according to a long-overdue resolution passed by the Iraqi parliament earlier this year.

The statement also underlined the need to support the Popular Mobilization Units (PMU), whose deputy commander was al-Muhandis, as the guarantor of the Arab country’s security, unity, and power.

Imam Hussein (AS) a Model for All: Scholar