Social
News ID: 3473593
TEHRAN (IQNA) – Out of all Arabs and Arab descendants in Brazil, those who profess the Muslim religion boast the highest rate of mastery of the Arabic language, at 82%. 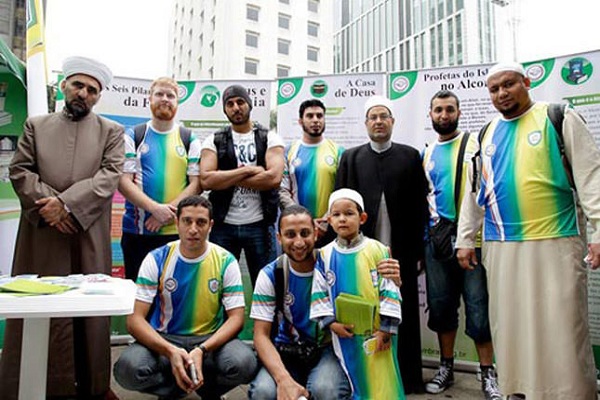 Only 10% of Arab Catholics and 4% of Evangelical Arabs in Brazil speak Arabic.

The numbers are from a survey commissioned by the Arab Brazilian Chamber of Commerce (ABCC) that showed that 6% of Brazil’s population – some 11,6 million people – are either Arab or of Arab descent. The survey was conducted by Ibope Inteligência and H2R Pesquisas Avançadas, and it was made public in July 2020.

University of São Paulo (USP) anthropologist and professor Francirosy Campos Barbosa believes mastery of Arabic among Muslims is due to religious reasons. A Muslim herself, Barbosa coordinates the Anthropology Group on Islamic and Arab Contexts at the USP campus in Ribeirão Preto, São Paulo.

The anthropologist explains that the five daily prayers of Muslims are made in Arabic, and the language is spoken in celebrations at mosques. Even Brazilian converts – or reverts – are required to pray in Arabic, and most of them learn the language at their mosque. “I have friends who speak Arabic really well. They are Brazilian, but they speak fluent Arabic and they read the Koran in Arabic,” says Barbosa, who’s a student of the language.

Friday mosque celebrations revolve around a sermon delivered by the religious leader, usually in Arabic. Barbosa says that some mosques in Brazil feature Arabic-only sermons; some offer translation into Portuguese; and in some the sheikhs themselves speak both Brazilian Portuguese and Arabic.

According to the anthropologist, Muslims earn blessings by learning to recite their prayers in Arabic or by teaching someone a chapter of the Koran, for instance. Practitioners of Islam end up incorporating Arabic expressions into their lives, even if they aren’t Arab or descendants thereof.

Besides the link between Islam and Arabic, other factors explain the fact that Muslims keep the language alive the most in Brazil. One reason is they immigrated much more recently than did Christian Arabs. Barbosa notes that lots of college-educated Syrians entered the country recently. Many of them from different walks of life are working as Arabic teachers in Brazil, because they were unable to get their diplomas validated.