Iraqi Arrest Warrant for Trump Signifies Victory of People’s Will

General
News ID: 3473640
TEHRAN (IQNA) – The president of the Islamic Supreme Council of Iraq said a recent arrest warrant for the US president issued by an Iraqi court signified the victory of the Iraqi people’s resolve to punish the perpetrators of assassination of resistance commanders. 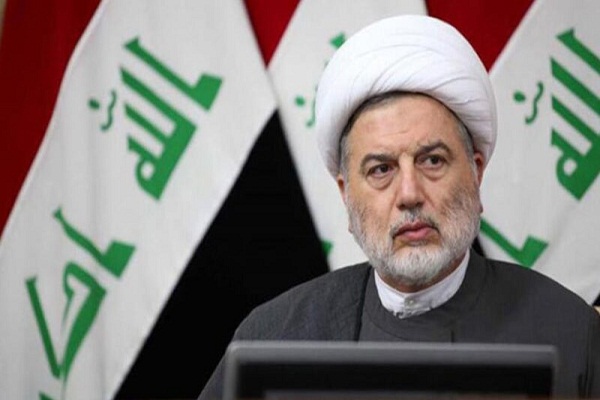 He further underlined the need for implementation of the Iraqi parliamentary bill on the expulsion of US forces from the Arab country.

Earlier this week, an Iraqi court ordered the arrest of outgoing US President Donald Trump as part of its investigation into the assassination of top Iranian anti-terror commander Lieutenant General Qassem Soleimani and his Iraqi trenchmate Abu Mahdi al-Muhandis in a US drone strike near Baghdad International Airport on January 3 last year.

The arrest warrant, issued by Baghdad's Rusafa investigation court, applies to Trump under Article 406 of the Iraqi penal code, which provides for the death penalty in all cases of premeditated murder.

The court said the preliminary inquiry had been completed but “investigations are continuing in order to unmask the other culprits in this crime, be they Iraqis or foreigners.”

General Soleimani, the commander of the Quds Force of Iran's Islamic Revolution Guards Corps (IRGC), and Muhandis, the deputy head of Iraq’s Popular Mobilization Units (PMU), were assassinated along with their companions in a US terror drone strike authorized by Trump near Baghdad International Airport on January 3, 2020.

Iraqi lawmakers approved a bill two days after the attack, demanding the withdrawal of all foreign military forces led by the United States from the country.

Both commanders were admired by Muslim nations for eliminating the US-sponsored Daesh Takfiri terrorist group in the region, particularly in Iraq and Syria.