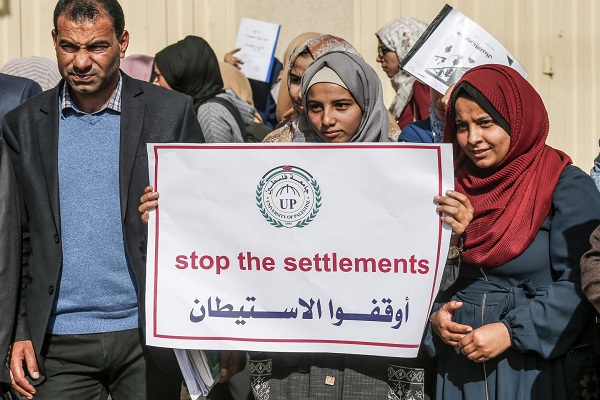 Israeli forces attacked a protest in the village of Beit Dajan, east of Nablus City, on Friday.

Shehab News Agency quoted local sources as saying that protesters were heading toward the area where a settlement outpost had recently been established in the village when the Israeli troopers fired a barrage of sound bombs and tear gas at them and blocked the road to the outpost.

Meanwhile, tens of Palestinians suffered breathing difficulties in Kafr Qaddum, east of Qalqilya City, due to inhaling tear gas fired by Israeli troops during clashes with participants in the latest of weekly protests in the village.

A protester was also hit by a rubber bullet fired by the Israeli forces in Kafr Qaddum.

An unspecified number of Palestinians were also injured by rubber bullets during the clashes.

The rally came as Israeli settlers, under the protection of regime forces, set up a tent in the al-Shorfa Mountain area in the village last month and began construction work for a new settlement.

Emboldened by the anti-Palestine policies of former US president Donald Trump, Israel stepped up its settlement expansion in defiance of United Nations Security Council Resolution 2334, which pronounces settlements in the West Bank and East Jerusalem al-Quds “a flagrant violation under international law.”