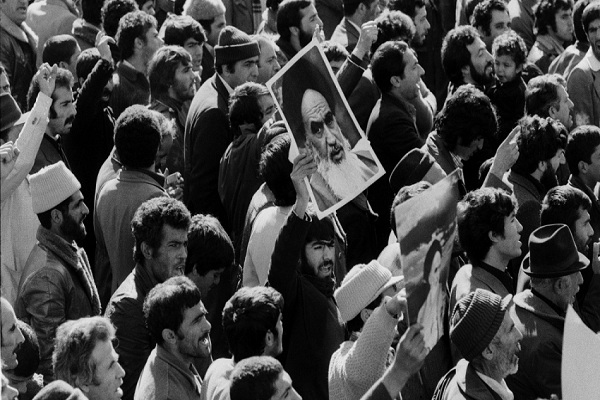 Verily, Imam Khomeini had sparked an uprising of nothing less than global significance. Over the last four decades, the 1979 Iranian revolution and its profound repercussions have been at the focal point of world politics. Indeed, Islam’s divine message acted as an agent for the social mobilization against despotic regimes and had a key role in emancipating the oppressed nations throughout the Middle East.

Imam Khomeini’s triumph was a blow to America’s vicious hegemony and it encompassed a boost to the Palestinian cause in the region.

The Iranian leadership saw itself obliged to propagate the liberating message of Islam to other countries. As a result, massive pro-democracy demonstrations across the Muslim world in support of the Islamic Republic took place, brutally suppressed by the direct orders from Washington. The power of the Iranian revolution that has no equal, alarmed the pro-US regimes in the Middle East and shook the thrones of Arab despots in Saudi Arabia, Bahrain and Iraq.

Simultaneously, Iran embarked on an arduous campaign to win the hearts and minds of Islamic nations– from Nigeria to the Balkans and from South-East Asia to Central Asia – through schools, textbooks, scholarships, charitable societies, and food and health aid programs.

One can see clearly nowadays that there is much admiration for the Iranian revolution among ordinary people in the Middle-Eastern, African and Latin American countries. It is an incontrovertible fact that myriad cultures and nations are being inspired by the Islamic Revolution, through appreciating the truth that Islam is the only path to liberate the world from the entrenched authoritarianism and global arrogance.

Today, millions of Muslims are frustrated with their servile and corrupt leaders and resented their subordination to the US dark agendas. The 2011 Islamic Awakening or as the western policymakers seek to dub it as the “Arab Spring” was the direct result of Arab nations’ enchantment with the 1979 Islamic revolution that successfully made Islam applicable to every dimension of social life. Arab nations, too, aspired and shall continue to struggle for an Islamic solution to their profound socio-economic problems.