General
News ID: 3473977
TEHRAN (IQNA) – Iraq’s ambassador to the Vatican said a document on human fraternity will be signed during an upcoming visit by Pope Francis to the Arab country. 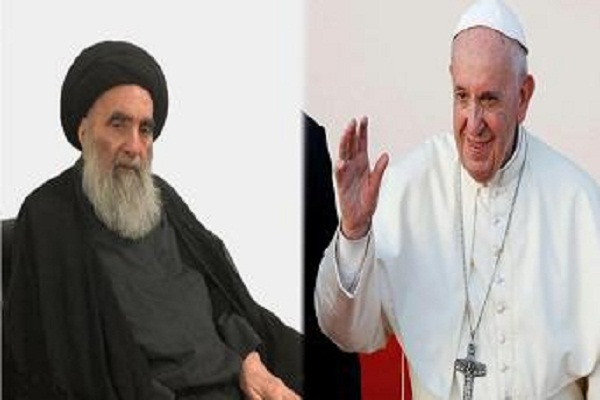 Rahman Al-Ameri said the trip will be a message of peace and interfaith dialogue to all of the world, Mawazin website reported.

He noted that the head of the Catholic Church will meet with senior Shia cleric grand Ayatollah Ali al-Sistani to discuss issues like fighting extremism, rejection of violence and terrorism, and promotion of peace.

The two leaders will also sign a document on human fraternity aimed at promoting mutual trust among followers of all faiths, al-Ameri added.

The document calls for commitment to values like peace, fraternity, peaceful coexistence, justice and benevolence, he went on to say.

Pope Francis is scheduled to visit Iraq March 5-8 in what would be the first-ever papal trip to the country.

Iraqi President Barham Salih said in a post on Twitter when the trip was announced in December that the trip “will be a message of peace to Iraqis of all religions & serve to affirm our common values of justice & dignity.”