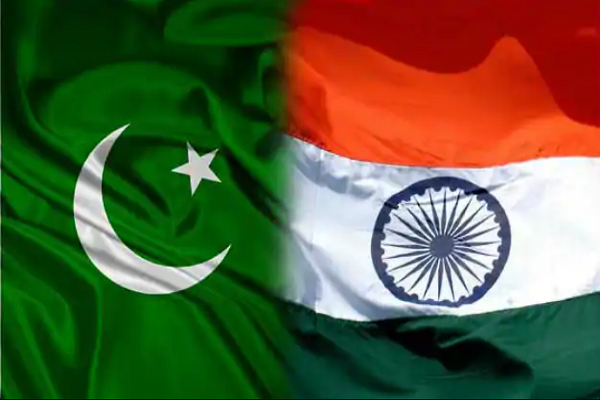 Shah Mehmood Qureshi also discussed concerns about India’s acquisition of advanced naval weapons technology from Western partners and through domestic development in his comments to the Ninth International Maritime Conference in the Pakistani port city of Karachi on Monday.

“India’s belligerent and aggressive policies – currently driven by an extremist Hindutva ideology – pose an immediate and pervasive threat to international and regional peace and security,” he said, as quoted by the state-run Associated Press of Pakistan (APP) news service.

“Pakistan will continue to take all necessary measures to ensure its security and to maintain credible minimum deterrence,” he said.

India and Pakistan have fought three full-scale wars and several minor conflicts since they gained independence from the British in 1947.

In 2016, India changed the balance of naval power in the region by announcing that it had formally commissioned the INS Arihant, a nuclear-powered ballistic missile submarine.

The Arihant was the first ballistic missile submarine to be built domestically by a country other than the five permanent members of the United Nations Security Council.

Analysts say that while the Indian armament build-up may pose a threat to Pakistan, it should also be seen as part of the country taking an increasing role in regional security as part of the Quadrilateral Security Dialogue group, which includes the United States, India, Japan and Australia and is aimed at countering China’s increasing military power in the Indo-Pacific region.

“There has been a build-up, and it seems to be mostly against China, but certainly it has created some kind of apprehension in the region as well, due to this constant buildup in this area, not just by India but also by the Americans,” said Zahid Hussain, an Islamabad-based security analyst.

The Ninth International Maritime Conference is being hosted by Pakistan as part of the Aman ’21 Naval Exercise.

Aman ’21 has seen naval personnel from more than 40 countries take part in a series of maneuvers and exercises “aimed at practicing operational drills and maneuvers countering non-traditional threats”, according to a Pakistani military statement.

The exercise, organized every two years by the Pakistani navy, is aimed primarily at increasing cooperation between navies involved in anti-piracy and anti-crime operations in the Indian Ocean.

Among those participating are the US, Russia, the United Kingdom, China and Turkey. The exercise marks the first time in almost a decade that Russian forces are taking part in military exercises with multiple NATO members.

The exercise is “dedicated to strengthening and developing military cooperation between the countries participating in the manoeuvers in the interests of security and stability at sea, as well as sharing experience in countering the threats of maritime piracy in areas of heavy shipping and conducting search and rescue operations at sea”, said a Russian defense ministry statement.