General
News ID: 3474128
TEHRAN (IQNA) – During a visit to Iran back in 1994, prominent Egyptian Qari Abol Ainain Shoaisha recited verses from the Holy Quran at a program held at the holy shrine of Hazrat Abdul Azim Hassani in Rey, south of Tehran. 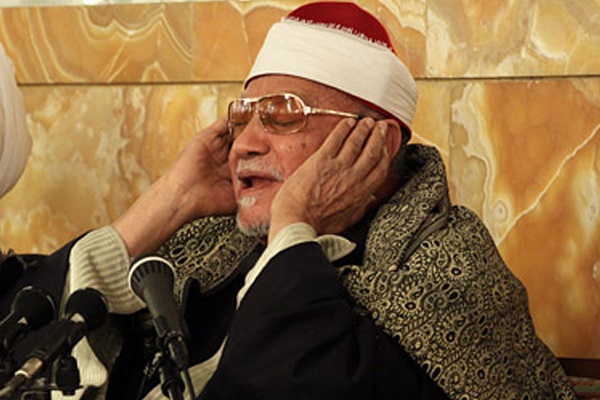 He recited verses from Surah an-Nisa (4) at the program, which was also attended by two other senior Qaris from the Arab country, namely Shahat Anwar and Ahmed Raziqi.

Born on August 22, 1922, in Kafr Billa, Egypt’s Kafr El Sheikh governorate, Shoaisha started learning the Quran at an early age and managed to memorize the entire Quran at 14.

Once he escaped from school to go to a Quran class and learn recitation of the Holy Book.

Since the beginning, he demonstrated his brilliant talents in Quran recitation.

He began reciting the Quran in mosques and religious centers and went on to become a prominent Qari known all over the Muslim world.

At 17, he was invited to Radio Egypt for Quran recitation.

He, along with Abdul Basit Abdul Samad, was a co-founder of Egypt’s Union of Quran Reciters, and in 1988, he became the president of the union.

Shoaisha travelled to many countries for reciting the Quran and was honored for his brilliant recitations in Lebanon, Syria, Iraq, Turkey, and Jordan, among others.

He was the first Egyptian Qari who recited the Quran at al-Aqsa Mosque in the holy city of Quds (Jerusalem).

Shoaisha also travelled to Iran several times and served as a member of panel of judges in a number of international Quran competitions in the country.

The renowned Qari died on June 23, 2011, at the age of 89 after battling with an illness for three months.