General
News ID: 3474203
TEHRAN (IQNA) – On the third night of the final round of Iran’s 37th International Holy Quran Competition, pre-recorded performances by 8 memorizers of the Quran were played for the panel of judges to evaluate. 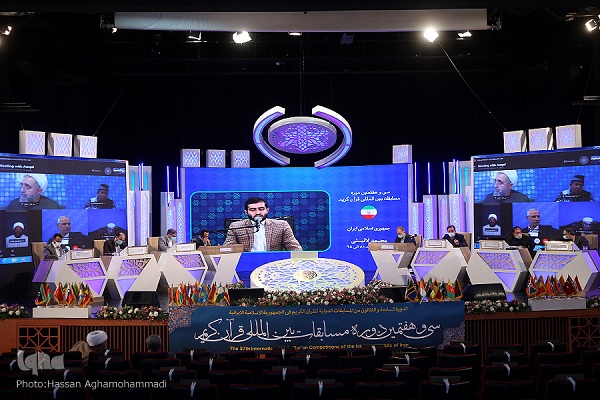 The programs on Monday night began with choral recitation of verses from the Quran by an Iranian Tawasheeh group.

Then the panel watched the performances of representatives of the US, South Africa, Iraq, Iran, Afghanistan, Libya, Russia and Mauritania in the men’s section.

Members of the panel, chaired by veteran Iranian Quran activist Abbas Salimi, are from Iran, Indonesia, Syria, Lebanon and Iraq.

The competition began on Sunday and will conclude on Wednesday.

The competition’s finals are broadcast on the IRIB Quran TV, Quran Radio and on several online platforms.