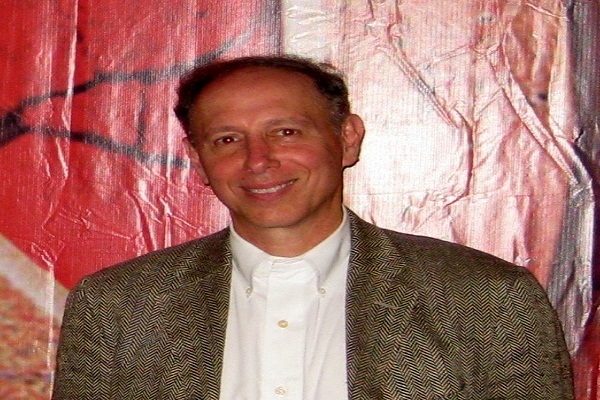 “First of all, as many commentators have pointed out, it risks conflating Islam and Islamism; thereby, it risks unfairly criminalizing an entire community. The reason that I feel this law is “counterproductive” is that it risks alienating the vast majority of law-abiding Muslim citizens from the values of the French republicanism,” Richard Wolin told IQNA in an interview.

Richard Wolin is an American intellectual historian who writes on 20th Century European philosophy, particularly German philosopher Martin Heidegger and the group of thinkers known collectively as the Frankfurt School.

IQNA: A law was recently passed in France that imposes many restrictions on the activities of Muslims and their places of worship. What is the reason for passing this law?

Wolin: In my view, the new law is entirely counterproductive. It panders to some of the worst impulsions and prejudices of the French population. First of all, as many commentators have pointed out, it risks conflating Islam and Islamism; thereby, it risks unfairly criminalizing an entire community. The reason that I feel this law is “counterproductive” is that it risks alienating the vast majority of law-abiding Muslim citizens from the values of the French republicanism. In this misconceived “war” against purported Islamic intolerance, the French Republic has revealed its own, deep-seated intolerance against those who do not share the rigid precepts of “laicité” or “French secularism.”

IQNA: Some believe that French President Emmanuel Macron’s actions and remarks about Islam, which many consider Islamophobic, are intended to draw the attention of the electorate to those associated with the far right in France. What are your thoughts on this?

Wolin: I could not agree more with this diagnosis. Emmanuel Macron and his supporters conceived this new law with an awareness that, in 14 months, they will be up for reelection; and as with 2017, The only real political counter-force or threat on the horizon comes from the “Rassemblement National” (RN), formerly, the National Front. Following the victory of the Republic en Marche party in 2017, the National Front seemed politically moribund. However, Macron’s record of political maladroitness, combined with his arrogance and inexperience, has left the RN with a formidable opening. In order to confront this challenge, Macron feels he must “steal their thunder,” so to speak: in other words, he must tap into their electoral base, which, since the FN was founded in 1971, has been nativist, xenophobic, anti-Semitic, and Islamophobic. To my way of thinking, these factors account for the rather base, political motivations that underlie the new law.

IQNA: What do you think is the reason for the growth of extremism among some Muslims in France?

Wolin: I think that the real source of Islamist sentiment in France derives from failures of integration. At base, the Republican model is incapable of tolerating “otherness” or “difference.” If you look at the demographic and the life experiences that underlie the growth of Islamic extremism in France, it is clear that those who are attracted to the allure of Islamic extremism are rebelling against the indifference and hostility of mainstream French society. The major problem is not Islam, but France’s failure to integrate its Muslim immigrants. The rise of Islamic extremism has become, so to speak, an alternative of last resort among young Muslims who are unable to affirm themselves and prosper owing to the structural prejudices of French society.

IQNA:  In recent years, anti-Islamic populist groups in Europe have grown significantly. What is the situation in France and how can it be dealt with?

Volin: Right-wing populist parties have emerged and prospered in light of the failures of Western democracy. These parties have developed as a xenophobic political alternative in view of Western democracies’ failures to keep their promises to their citizens. This is another example of a “failure of integration.” Populist parties cater to the interests of social strata whose upward social mobility is effectively blocked; those whose aspirations are consistently frustrated by money elites and an arrogant “political class.”

IQNA: Some believe that the defeat of Donald Trump in the United States will undermine the situation of populist groups and politicians in the world. Can Trump’s defeat be considered the starting point for the decline of these politicians?

Wolin: This is an interesting question, but it is probably too soon to tell. When all is said and done, Trump was probably more of a symptom rather than a cause; although as the last four years have shown, political “symptoms” can inflict a lot of damage. European democracy has become incredibly precarious. Germany will be electing a new chancellor later this year. And the French political landscape is frighteningly lacking in stability, as is evident by the fact that the two leading political parties of the Fifth Republic, the Socialists and the Republicans, have essentially collapsed. This extreme instability reflects the fact that political power remains in the hands of a plutocracy, of a monied elite.

IQNA: In general, what is the role and position of Muslims in French society?

Wolin: For quite some time, Muslims have been consigned to the role of second-class citizens in French society. Even in cases where the Muslim families have lived in France for many generations, it is common knowledge that there are many barriers, visible and invisible, that stand in the way of successful integration. When French politicians blame Muslim immigrants for their inability to integrate, this is tantamount to blaming the victims.