General
News ID: 3474256
TEHRAN (IQNA) – The Syrian Ministry of Foreign Affairs and Expatriates denounced the European Union’s recent declaration on the decade-long conflict in the war-torn Arab country, saying the bloc is responsible for the sufferings of Syrian people as it backs sanctions which amount to economic terrorism. 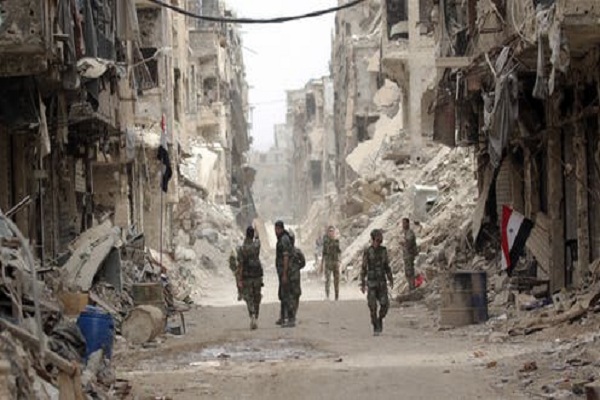 “The EU is liable for the miseries of Syrians and their carnage as it supports terrorism, and exercises economic terrorism [against Syria].  The EU is not in a position to advocate Syrians, and has no capacity to assume a positive role,” Syria’s official news agency SANA quoted an unnamed official at the ministry as saying in a statement on Monday.

The source added that the EU declaration on Syria is tainted with falsehood and unsubstantiated claims, overlooks realities on the ground, and underscores its continued hostile policies towards Syria.

The EU is involved in aggression against Syria through supporting terror groups and imposing economic sanctions, the statement said, adding that this makes the union responsible for the sufferings and slaughter of Syrian people.

The source went on to say that “the colonialist dreams of some EU members have become a thing of the past. The Syrian nation, who stood up against the French occupation, will not allow colonialists to return and meddle in the country’s domestic affairs. They must realize only Syrians will seal their future.”

The ministry highlighted that EU-sponsored conferences on Syria, which bring together enemies of the Syrian nation, fall within the framework of the bloc’s flawed approach vis-à-vis Syria and are in line with its attempts to undermine Syria’s national sovereignty.

On Sunday, the European Union said it will renew sanctions against the Damascus government in May, alleging the foreign-backed conflict in the war-ravaged country is still far from a solution.

Syria has been gripped by foreign-backed militancy since March 2011. The Syrian government says the Israeli regime and its Western and regional allies are aiding Takfiri terrorist groups wreaking havoc in the country.

Syrian government troops and their allies have managed to retake roughly 80 percent of the war-ravaged Arab country’s territory from the Takfiri terrorists.

The Syrian army is fighting to drive out remaining militants, but the presence of US and European forces in addition to Turkish troops has slowed down its advances.

A new report by a humanitarian aid group has revealed that the economic cost of the ongoing foreign-sponsored conflict in Syria after 10 years is estimated to be at over USD 1.2 trillion, besides the loss of thousands of civilian lives and displacement of millions of people.

The 'Too high a price to pay: the cost of conflict for Syria's children' report launched by California-based World Vision International in partnership with Frontier Economics says even if the war ended today, the cost will continue to accumulate to the tune of an additional $1.4 trillion in today’s money through to 2035.

The report went on to say that the negative impacts of the war on the Syrian children's health and education will bring the figure up to $1.7 trillion.

The group also said the life expectancy of Syrian children has been reduced by 13 years.