General
News ID: 3474383
TEHRAN (IQNA) – Four men were sentenced to life in prison for their role in a 2016 suicide bombing in Istanbul. 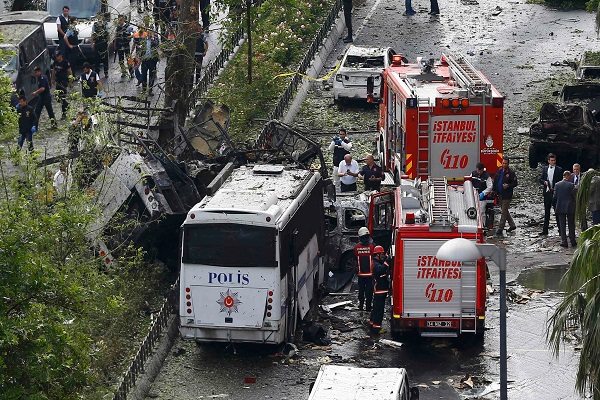 A Turkish court convicted the suspects on several charges, including attempting to overthrow the constitutional order and complicity in murder, according to state media, Euronews reported.

Thirteen people, including twelve German tourists, were killed in the bombing in Istanbul's historic Sultanahmet district on January 12, 2016. A Peruvian man also died, while at least nine others sustained injuries.

The bomb detonated just a few hundred meters away from the Hagia Sophia Basilica and the Blue Mosque, two of the city's most visited monuments.

Turkish authorities said the bomber was a 28-year-old Syrian member of Daesh (ISIL or ISIS), although the group has not formally claimed responsibility for the attack.

Turkey had already convicted three alleged accomplices in 2018, but an appeals court had overturned the verdict.

It was argued that the families of the victims had not been informed of the trial and that some of the sentences handed down were insufficient.

Eighteen other suspects who were charged in the trial have been acquitted due to lack of evidence.

The Sultanahmet attack was the first of a series of terror incidents in Turkey in 2016.