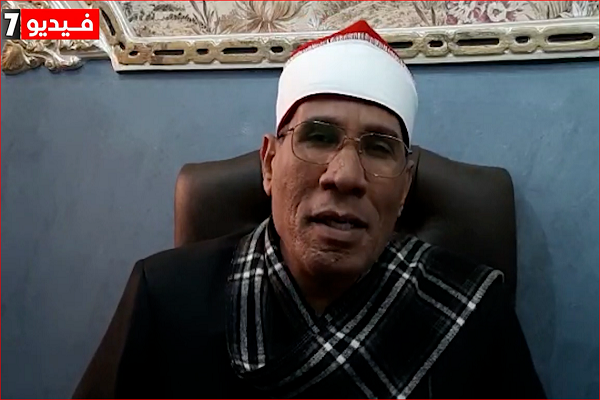 On the first day of Ramadan, which began earlier this week, he recited verse 185 of Surah al-Baqarah:

“The month of Ramadan is the month in which the Quran was sent down, a guidance for people, and clear verses of guidance and the criterion. Therefore, whoever of you witnesses the month, let him fast. But he who is ill, or on a journey shall (fast) a similar number (of days) later on. Allah wants ease for you and does not want hardship for you. And that you fulfill the number of days and exalt Allah who has guided you in order that you be thankful.”

Taruti is the chairman of the Muslim World Quran Memorization Supreme Board.

He was born in 1965 in the village of Tarut near the city of Zagazig in Sharqia Governorate.

He started learning the Quran by heart at the age of three and managed to memorize the entire Quran at 8.

A Quran teacher discovered his talent in Quran recitation and taught him the recitation skills.

He also encouraged Taruti to recite the Quran in various programs in the village.

Taruti then went to Zagazig to study at a branch of Al-Azhar and continued improving his Quranic skills by learning from masters like Sheikh Mohammad Al-Lithi, Shahat Anwar and Saeed Abdul Samad.