General
News ID: 3474600
TEHRAN ((IQNA) – The first virtual exhibition of the Quran was inaugurated in a ceremony held in tehran on Saturday. 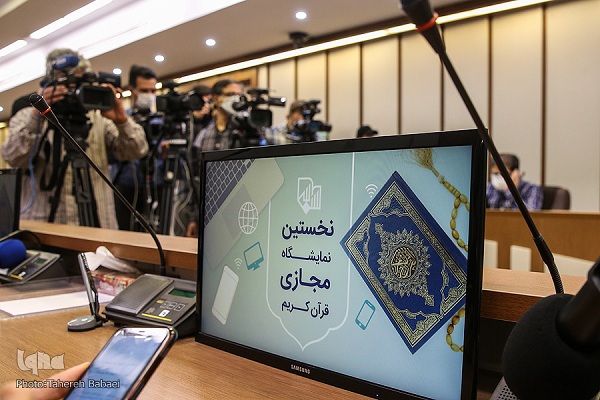 A number of cultural and Quranic officials, including Culture Minister Seyed Abbas Salehi, and the ministry’s Quran and Etrat deputy Abdol hadi Feqhizadeh, took part in the ceremony.

It began with recitation of verses from the Holy Quran by prominent Qari Mehdi Gholamnejad.

Next, Feqhizadeh elaborated on the programs planned for the expo, saying there will be a book fair featuring Quranic and religious books, as well as a contest section that will include webinars attended by Iranian and foreign scholars.

He expressed hope that the exhibition will be held in coming years as well.

Those willing to visit the expo can log on to iqfa.ir

The exhibition will run for ten days. Organizers say the expo’s duration may be extended to the end of Ramadan.

More than 500 publishers will present their books on different religious and Quranic subjects at the book fair, according to the ministry’s Quran and Etrat Deputy.

Feqhizadeh said earlier this week that 500 Quranic, religious and cultural institutes will also showcase their activities at the exhibition.

The virtual expo is going to be held instead of the annual international Quran exhibition that was cancelled in 2020 due to the coronavirus pandemic.

The Tehran International Quran Exhibition is annually organized by the Ministry of Culture and Islamic Guidance in the holy month of Ramadan.