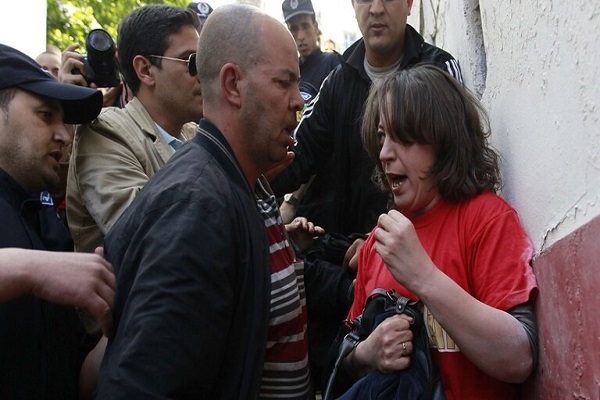 An Algerian human rights group said in a statement that 45-year-old Amira Bouraoui has been sentenced by a court in al-Sharaqa, west of the capital Algiers, Al-Quds.co.uk reported.

She has previously handed another two-year imprisonment sentence for insulting the president.

Bouraoui is said to have insulted the Prophet (PBUH), his Hadiths and his companions in her Facebook page.

She was not placed under arrest, pending an appeal, the group said.

Another court in Algeria on Thursday sentenced Saeed Jaab al-Kkair, a researcher, to three years in jail for insulting Islam in social media.