General
News ID: 3475010
TEHRAN (IQNA) – Rajab Rama, a 48-year-old businessman in Kenya, was left disappointed after learning he would miss the chance to go for Hajj, the Muslim pilgrimage to the holy city of Mecca in Saudi Arabia, which is mandatory to perform at least once in a lifetime. 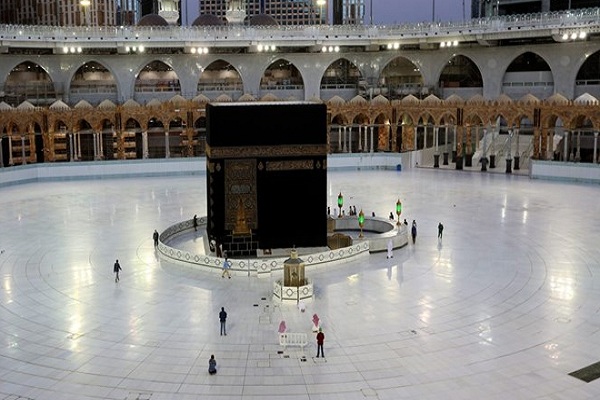 He was one of many worshippers at Masjid Al Aksa in the capital Nairobi who found out during Friday prayers that they would not be making Hajj due to COVID-19 restrictions imposed by Riyadh.

“I got fully vaccinated for this. I knew that they would recognize vaccination certificates. I used to pray about this very day that they would allow me and my family to travel for Hajj. I am very disappointed, but this is beyond us,” he said.

Hassan Ole Naado, the national chairman of the Supreme Council of Kenya Muslims (Supkem), confirmed to Kenyan Muslims that the council has received news of the cancellation of the 2021 Hajj for international pilgrims in response to the coronavirus pandemic.

Ole Naado told local media that one of the lessons from the cancellations of last year’s and this year’s Hajj for foreign pilgrims was that it was a “divine decree,” adding it is only Allah who selects those who will be His guests for Hajj.

“The Supreme Council of Kenya Muslims has received news of the cancellation of Hajj for international pilgrims for the 2021 season. We have accepted that it is Allah’s divine design that the multitudes will again this year not perform the Hajj. The Kingdom of Saudi Arabia is only playing out a script ordained by our Creator long before the creation of the universe,” he said, Anadolu Agency reported.

Ole Naado asked Kenyan Muslims to turn to Allah for repentance in order to be admitted for Hajj in the future.

“I am okay with that. It is beyond us now. If that is Allah’s will, so be it,” said Jamal Hakim, a would-be pilgrim.

Hafeez Mohammed, 62, who is in the automobile business, also expressed his disappointment.

“I have gone for Umrah a couple of times. Whenever I get the chance, I always go for Umrah and Hajj. Personally, I feel like I really used to take this for granted. Now I am sad for all the people who have always wanted to go for the pilgrimage. I thank Allah for the opportunities I had,” he said.

"Saudi Arabia has done well to combat the pandemic. How I wish the number (of Nigerians permitted to go for Hajj) could have been 10 times or even 20 times more. It is a huge place, well-aerated and could accommodate many without spreading the disease.”

The Saudi government said in a recent press release that this year's Hajj will be limited to residents and citizens from within the Kingdom.

The total number of pilgrims this year is limited to only 60,000 people, including all nationalities and citizens inside the Kingdom of Saudi Arabia, it said.

Kennedy Opiyo, a 32-year-old Christian working in a Nairobi bookshop, also wished that vaccinations could be taken into consideration for foreign pilgrims.

"It is an important time for them. I feel like they should have been allowed to travel for pilgrimage if they have been vaccinated.”

Hakim said that “as long as I am alive, I will go for Hajj as soon as it is announced. For now, I will keep praying for the pandemic to end. This is due to plans that are beyond us. Missing Hajj twice in a row is sad for us, but we cannot do anything. The 60,000 pilgrims allowed are meant to be there.”