General
News ID: 3474995
TEHRAN (IQNA) – Saudi Arabia has curtailed male guardians of Muslim women wishing to perform this year’s Hajj, which will be limited to Saudi citizens and foreigners residing in the kingdom due to COVID-19. 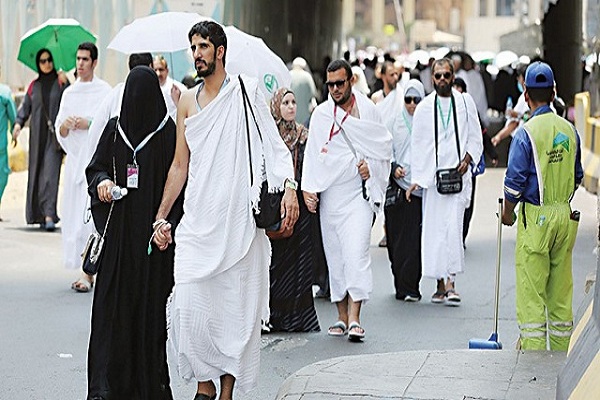 The Ministry of Hajj and Umrah has excluded the paternal and maternal uncles from the guardianship of a woman who wants to have a male dependent during Hajj.

Now, the list of male guardians is downsized to the father, the brother, the husband or the son of the woman pilgrim. The authorized guardian must have separately registered to perform Hajj.

Last week, the ministry said that Muslim women wishing to perform this year’s Hajj will be allowed to register without a male guardian.

According to the same ministry, women signing up for the pilgrimage will be allowed to perform it along with other groups of women.

Saudi Arabia has said that due to the continuation of COVID-19 and its variants, performing this year’s Haj will be confined to 60,000 pilgrims chosen from Saudis and foreign Muslim residents in the kingdom.

Eligible pilgrims must be vaccinated with at least one dose against COVID-19, free of chronic diseases and aged between 18 to 65 years.

More than 500,000 Muslims have so far registered to undertake this year’s pilgrimage rituals, the Ministry of Haj announced. Males account for 59 per cent of those who have already registered while the rest 41 per cent are females, it added, GNews reported.

Last year’s Hajj was performed by a limited number of Saudis and foreign Muslims residing in Saudi Arabia to contain the spread of COVID-19.

More than 2 million Muslims usually perform the Hajj, which is one of Islam’s pillars.