General
News ID: 3475012
TEHRAN (IQNA) – Zionist settlers have stepped up their violence against Palestinians since the new government headed by Naftali Bennett was sworn in last weekend, the Palestinian Authority said on Sunday. 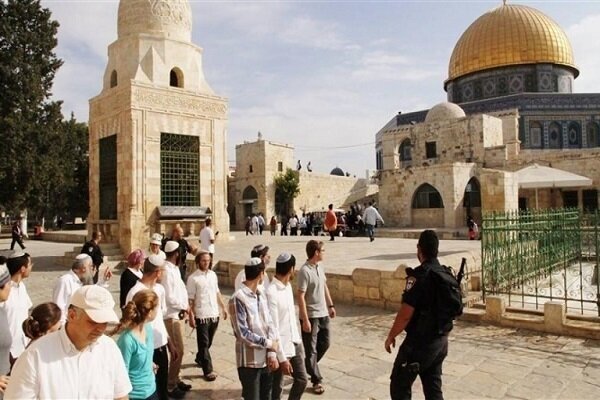 "There is a noticeable increase in crimes by settlers against the Palestinians," said the PA Foreign Ministry. "It seems that the settlers are emboldened by the composition of the new Israeli government and the well-known extremist positions of its prime minister."

In all of the attacks on the Palestinians, said the ministry, the settlers are protected by Israeli security forces. According to the PA, this signals the "deliberate and intentional indifference" toward the rights of the Palestinians and international reactions. "This means that the new Israeli government has so far shown that it is a government of escalation in its dealings with the Palestinians."

The foreign ministry mentioned several examples of Israeli aggression against the residents of the occupied Palestinian territories. The planned settlers' demonstrations, for example, to protest against "illegal" Palestinian construction in Area C of the occupied West Bank. "Such demonstrations are an act of large-scale incitement and an extension of the war waged by the occupation and its settlers against Palestinian presence in that area."

The UN, the US and other international parties, it added, refrain from exerting pressure on the Israeli government "to stop its aggression and settlement" policies.