General
News ID: 3474931
TEHRAN (IQNA) – The Zionist regime’s police allowed far-right settlers to hold a controversial parade in the occupied Jerusalem al-Quds despite a stern warning from the Palestinian resistance against the highly provocative move, which could spark new violence in the region. 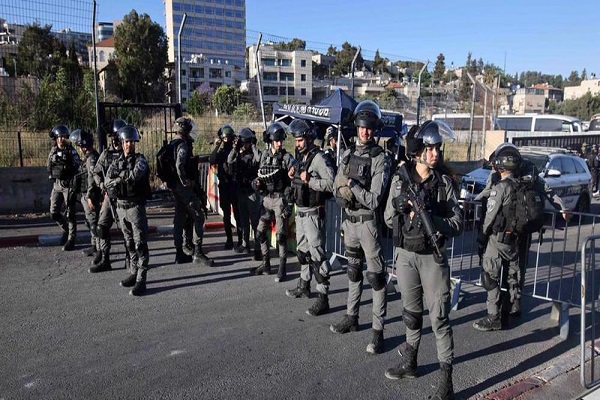 The organizers of the so-called march of the flags said that they had reached an agreement with Israeli police on Friday to hold the parade on Tuesday, Israeli media reported.

According to a statement by the organizers, the march would begin on Tuesday at HaNevi’im St. and head toward Damascus Gate, where settlers would hold a flag-waving procession.

On Thursday, the office of Israeli Prime Minister Benjamin Netanyahu said in a statement that “the parade will take place this coming Tuesday [June 15] in a format to be agreed between the police and the parade's organizers.”

The parade, which is to proceed through flashpoint spots of the Israeli-occupied East Jerusalem al-Quds, had been scheduled to be held on Thursday, but Israeli police refused to give an authorization for the parade on Monday after the Palestinian resistance movement Hamas issued a stern warning against the consequences of the move.

“We warn the occupation (Israel) against letting the March approach East Jerusalem a-Quds and the al-Aqsa Mosque compound on Thursday,” Khalil Hayya, a senior Hamas figure, said on Monday, expressing hope that “the message is clear so that Thursday doesn't become (a new) May 10.”

The original flag march was planned to be held on May 10.

“We clearly say to the mediators and the international community that the time has come to restrain the occupying regime, otherwise the thunderbolts and the responses of the resistance will remain strong. We are not interested in war, but we want freedom, independence, and stability in our land,” the Hamas official further warned.

The recent war, Israel’s fourth against the besieged Gaza Strip, was launched on May 10, after the enclave rose up in protest against Tel Aviv’s escalations in the occupied West Bank.

Gaza’s Health Ministry said 260 Palestinians were killed in the Israeli war, including 66 children.

An Egyptian-brokered truce that came into force in the wee hours of May 21 finally ended the apartheid regime’s war.

The ceasefire came after the Gaza-based resistance movements fired more than 4,000 rockets into the occupied territories, some reaching as far as Tel Aviv and even Haifa and Nazareth to the north, in response to the Israeli bloodshed.