General
The link was copied
News ID: 3475123
TEHRAN (IQNA) – In the wake of the latest fatal targeted assault on Muslims in Canada – the third in four years – “anti-Islamophobia” is being used as yet another tool to consolidate the Islamophobic status quo. 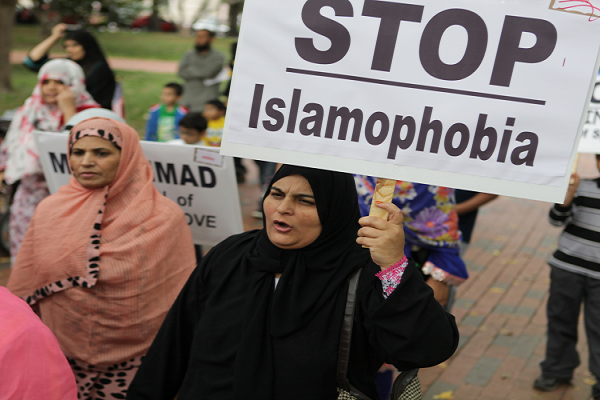 Political leaders have shed tears for the Afzaal family mown down in London, Ontario on a public street, while maintaining policies that brutalize Muslims largely out of sight: increasing military spending; selling arms to states that slaughter Muslims; attempting to deport Muslim refugees to the risk of torture; and spending millions of dollars to fight the compensation claims of “War on Terror” torture survivors in court.

Politicians across the political spectrum have embraced the use of counterterrorism to combat “right-wing extremism,” further entrenching legal weapons wielded overwhelmingly against Muslims in the name of protecting Muslims. For example, when the Proud Boys were listed as a “terrorist entity” earlier this year, nine other Islamist-identified groups were also quietly added to the list – exacerbating the list’s Muslim-centrism under the cover of anti-racism.

Criminally charging the London perpetrator as a terrorist does not rectify the counterterrorism “color line”; it masks it. Nathaniel Veltman, the man who mowed down the Afzaal family in London, is being prosecuted for an act of killing already committed, while Muslims are criminalized pre-emptively for acts distant from any death or injury at all. This has produced a situation in which Muslims, responsible for less than 10 percent of casualties from public political violence in Canada since 9/11, have been subjected to 98 percent of completed terrorism prosecutions.

If Veltman were to have been treated “equally” to a Muslim, he and members of his entire family and community would have been harassed regularly at their school and work by security agencies, denied security clearances for playing paintball, surveilled in their places of worship, targeted for entrapment while struggling with mental illness, placed preventively under suffocating “peace bond” conditions without trial, and put on no-fly lists on the basis of name coincidences and racist stereotypes: draconian state powers that should not be “equalized” but dismantled.

In the days following the attack, Canadian media aired an almost constant stream of Muslims being interviewed about their trauma, grief, and fear – ostensibly “humanizing” Muslims, without questioning why and how the humanity of Muslims became something that needed to be proved.

Previous mosque massacres – Quebec in 2017, Christchurch in 2019 – barely garnered a few minutes on the CBC nightly newscast and a marginal mention on the front page of the national Globe and Mail. Now, while the quantity of coverage has drastically changed, the qualitative framing remains mostly the same. Islamophobia is distorted as an issue of interpersonal “extremism” and “hate,” largely dissociated from everyday state practices premised on and profiting off the devaluation, demonization and disposability of Muslim life.

Indeed, some of the very same “national security experts” responsible for legitimizing the demonizing discourse of “Muslim extremism” are now being treated as authorities on how to fight anti-Muslim extremism.

Professor Stephanie Carvin, for instance, was exposed last year for baking cakes that celebrate Muslim drone deaths, yet continues to be quoted in media analyses of the London killings – proving that it is entirely possible to have your Islamophobic cake and eat it too.

Even progressive pundits have participated in representing Islamophobia as isolated to particular bigoted personalities and bygone times: placing the blame on former Prime Minister Stephen Harper and his Conservative Party, just as endemic anti-Muslim racism in the US was reduced to an anachronism by pinning it on Donald Trump.

Never mind that Harper’s Conservatives have been out of power for the last six years, but the toxic mill of state-sponsored Islamophobia has kept churning on.

Liberals and Conservatives alike have ratcheted up anti-terrorism powers, resisted accountability for torture complicity, and refused to challenge Quebec’s ban on hijabs and other “visible religious symbols” for public employees – rights-abusive measures all rationalized as necessary for eliminating the imagined Muslim threat.

When the Conservatives drafted the 2015 Zero Tolerance for Barbaric Cultural Practices Act – effectively labelling and criminalizing Muslims in Canada as “barbaric” – the Liberals supported it. Now that they are in power, the name of the law, but not its problematic substance, has been changed. In the liberal approach to “anti-racism,” some of the façade of racial injustice is redecorated while the edifice survives intact.

When it comes to addressing Islamophobia, appeals for even the most superficial of gestures have been met with resistance. Even after the cold-blooded murder of six Muslims in a Quebec mosque, it took the government four years to make the token recognition of the anniversary, January 29, as a Day of Remembrance and Action on Islamophobia: a tiny bandage on a gaping wound.

Just days after the London killings, former Liberal Justice Minister and recently-appointed Special Envoy on Anti-Semitism Irwin Cotler retweeted an article from the right-wing Toronto Sun insisting that “there is no Islamophobia in Canada,” and that any anti-Muslim animosity is Muslims’ fault. The tweet was later deleted as an “accident,” following criticism; but Cotler’s long-standing pattern of blaming victims of racial violence, specifically Palestinians, for the violence to which they are subjected, remains.

The enduring power of Islamophobia is that there is something in it for almost everyone, from right to left. As is evident in the aftermath of the London attack, even “anti-Islamophobia” can end up being Islamophobia in another guise. The tools of state violence (such as counterterrorism) are expanded in the name of curtailing private violence – cutting off some of the “extreme” branches of systemic racism while nourishing the roots.

The week before the mass murder of Muslims, a mass unmarked burial site of 215 Indigenous children was discovered outside one of the country’s former church-run residential “schools”- more accurately called prison, torture and labor camps. In the weeks since, hundreds more unmarked graves have been found. White supremacism is not an anomaly in Canada, but the genocidal ground on which the country has been built.

Prime Minister Trudeau may proclaim that “Islamophobia has no place” in Canada, but in reality anti-Muslim racism has been intertwined for centuries with the anti-Indigenous violence lying at the foundations of the settler-colonial state.

Papal bulls authorizing Muslim and Jewish dispossession and enslavement during the Crusades served as a basis for the Doctrine of Discovery – Europeans’ self-granted 15th-century imprimatur for colonialism, which continues to underwrite Canada’s theft and occupation of Indigenous lands.

Tactics of book burning and forcible re-education were exported from the Spanish Inquisition in Al-Andalus (Muslim Spain) to the genocide in the Americas: the destruction of systems of knowledge being intrinsically connected to the destruction of the peoples who produced them.

While European conquistadors sub-humanized Muslims and Jews as “people of the wrong religion,” Indigenous nations were expelled from humanity altogether as “people with no religion”. This hierarchy of being persists in the jurisprudence of Canadian courts – upholding anti-Muslim laws such as Quebec’s religious symbols ban, while refusing to recognize Indigenous sacred sites facing corporate depredation as entitled to any protection under religious freedom rights at all.

The radical dehumanization of Indigenous peoples underpinned the radically genocidal violence of the US’s “Indian Wars,” creating legal and military precedents which have been carried over into the “War on Terror”: a mantle for the ongoing suppression of Indigenous and Muslim resistance to domination by colonial states, from Canada to Palestine to Kashmir.

Canada targets Indigenous land and water defenders with many of the same counterterrorism powers of mass surveillance and criminalisation developed for use against Muslim communities post-9/11 – continuing the long tradition of treating those on the receiving end of state terror as “terrorists” themselves.

The response to the London attacks highlights not only the fallacy, but the absurdity, of appealing to this colonial state apparatus as the solution to racism when in fact it lies at the source; an apparatus that continues to reproduce the white supremacism situated at its heart, whether by the condemned violence of a van attack or the condoned violence of police and military killings, torture complicity, and erasure of Indigenous sovereignty.

For the members of the Afzaal family killed in London – Talat, Salman, Madiha, and Yumna – we say inna lillahi wa inna ilayhi raji’un, from God we come and to God we will return. This is a reminder that if we all come from the same place and will all return to the same place, then all systems of racial supremacism in between are constructed and can therefore be deconstructed: a struggle that carries on in their memory.

By Azeezah Kanji (Legal academic and writer based in Toronto)