General
News ID: 3475243
TEHRAN (IQNA) – A third film about the Christchurch terrorist attacks is in the works. 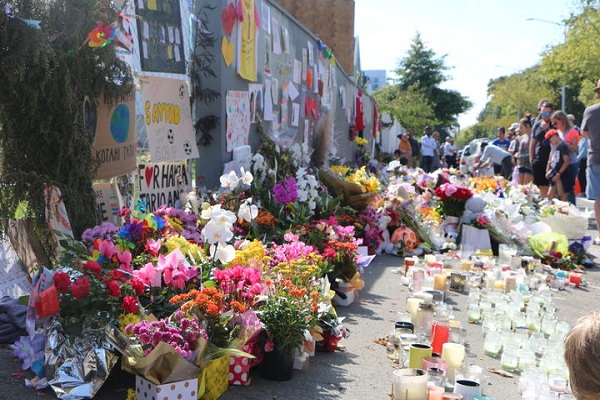 The production is the third to approach the Film Commission after Hello Brother, by Egyptian director Moez Masoud, and They Are Us, both of which have attracted significant controversy.

“All this does it play into a bigger narrative of the speed in which Hollywood moves to capitalise on things,” said Tony Green, a former spokesman for Christchurch’s Masjid An-Nur.

“Less than two months [after the attacks], Masoud announced his film. ... Producers claim they will help with healing, but it’s the same narrative – no consultation. That’s totally inadequate.”

Jasmin McSweeney, the commission’s head of marketing, said because the third film had not been publicly announced by its production company, it could not comment on it.

“Most of these projects will never move into production,” McSweeney said.

The commission has also come under increased scrutiny from National’s arts spokesman Simon O’Connor, who told a select committee last month that the commission should have flagged conversations it had about They Are Us with then-arts minister Jacinda Ardern or the Ministry for Culture and Heritage.

In an email to Stuff, McSweeney said “following a further review” of its files, the commission first had engagement with representatives from They Are Us in October 2019, not March 2020, as the commission initially said.

“[Producers] Andrew Niccol, Stewart Till and former CEO, Annabelle Sheehan corresponded via email on 30 & 31 October 2019 to set up an in-person meeting, which was held in Los Angeles on 9 November 2019.

“Neither of the NZFC staff involved with that correspondence and meeting–specifically Annabelle Sheehan and her EA–continue to work for the NZFC, so they have not been involved in the NZFC’s provision of information in respect of the organisation’s engagement with They Are Us.

“This additional correspondence and meeting do not reference They Are Us, and as such this material was not located in our initial search of our electronic files; it has since been located manually.”

But O’Connor said “facts switching” on such a “deeply personal” matter was both worrying and “so disrespectful”.

Anna Butler, deputy chief executive of policy and sector performance at the Ministry for Culture and Heritage, said it was made aware on July 7 that the commission’s initial engagement over They Are Us was in October 2019, “not March 2020 as previously stated”.

“The NZ Film Commission is a Crown entity and independent of government. It is at arm’s length from Government, and is not obligated to let the ministry know about film projects it is aware of, particularly at such an early stage in a film’s genesis,” Butler said.

But O’Connor doubled down, saying the commission could “remain independent while still remaining courteous”.

“It’s a bit disingenuous suggesting [the commission] can’t share information because of independence.”

:On Sunday, Ardern urged They Are Us producers to “listen to those who are most deeply affected” following Salwa Mohamad, whose husband and son were murdered in the attacks, telling Newshub a leaked script was “worse than the livestream”.