General
The link was copied
News ID: 3475256
TEHRAN (IQNA) – Saudi engraver Hasban Al Anazi, a native of the north-western region of Tabuk, has literarily carved out a place for him in the field over the past 20 years. 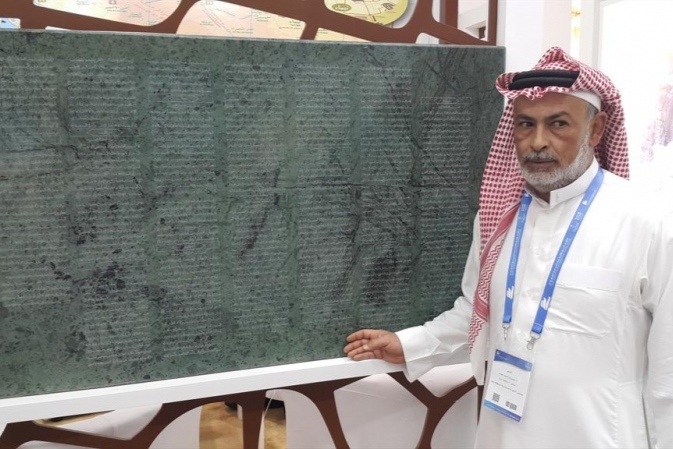 “I started with interest in the Arabic calligraphy, being the language of the Holy Quran,” he told Saudi news agency SPA.

Al Anazi etched Arabic characters, compiling various types of the Arabic script through different eras and used them in engraving the basmala or “In the name of Allah the most merciful and compassionate” on stone slabs found in his hometown.

His artistry has culminated in engraving the full text of Islam’s sacred book, using the Othmani calligraphy, on 30 sheets of marble. “Each sheet contains a full part of the Holy Quran,” he said. It took him eight years to complete the formidable work.

Al Anazi plans to register the feat in the name of the kingdom in the Guinness World Records.

He has displayed his works in many cultural and national events in Saudi Arabia, according to Guld News.

His dream? He looks forward to setting up a national center to train Saudi young people in engraving, saying it is an intrinsic part of the kingdom’s legacy. 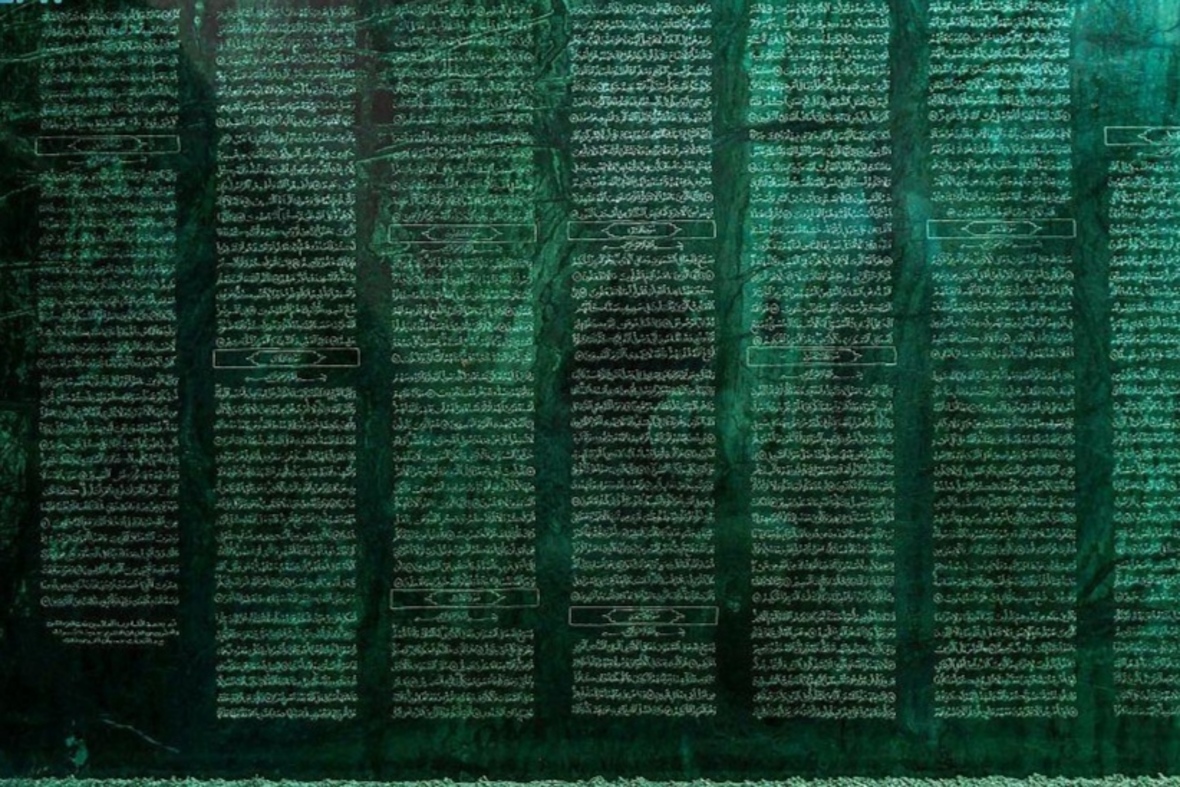 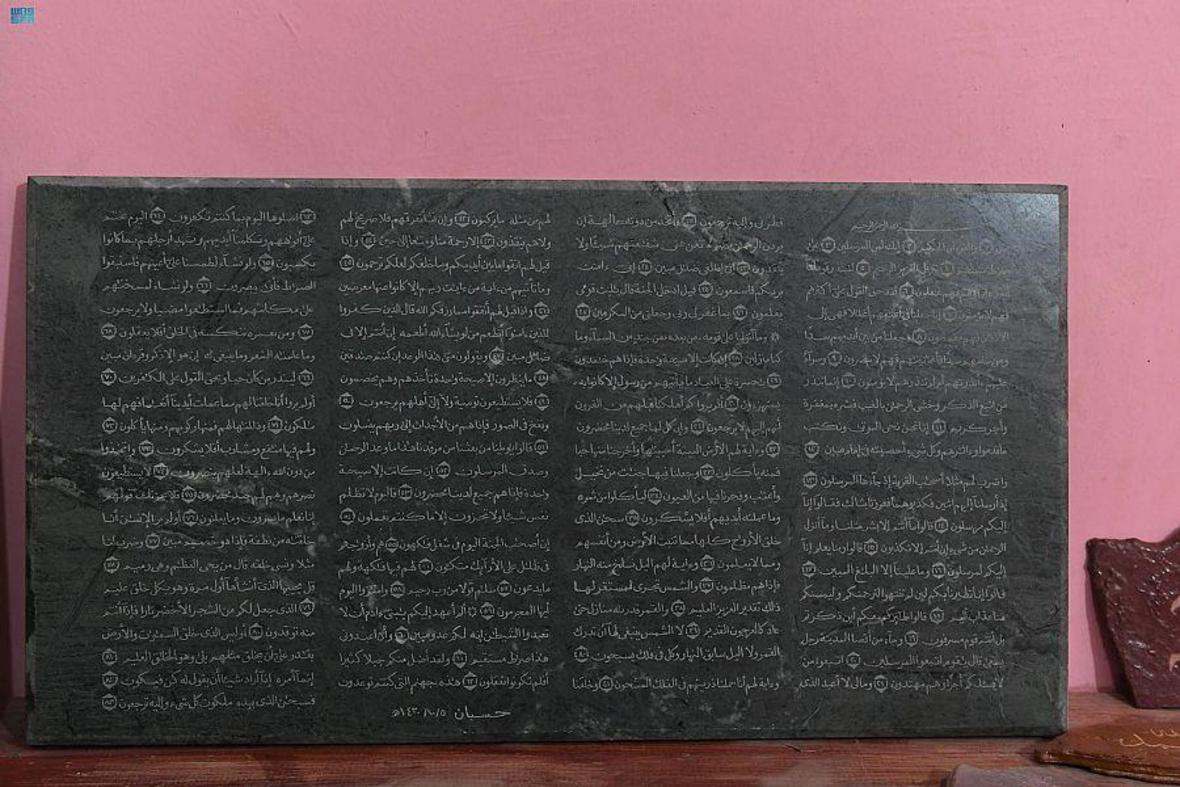 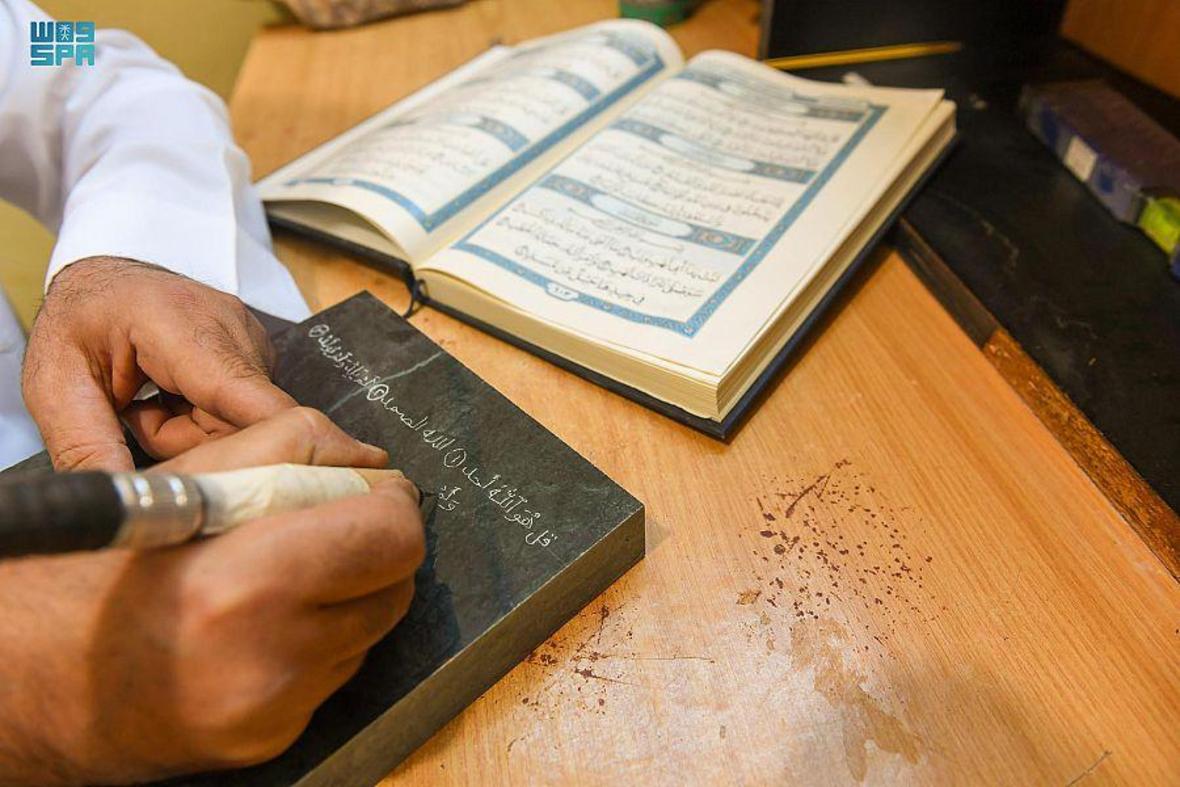 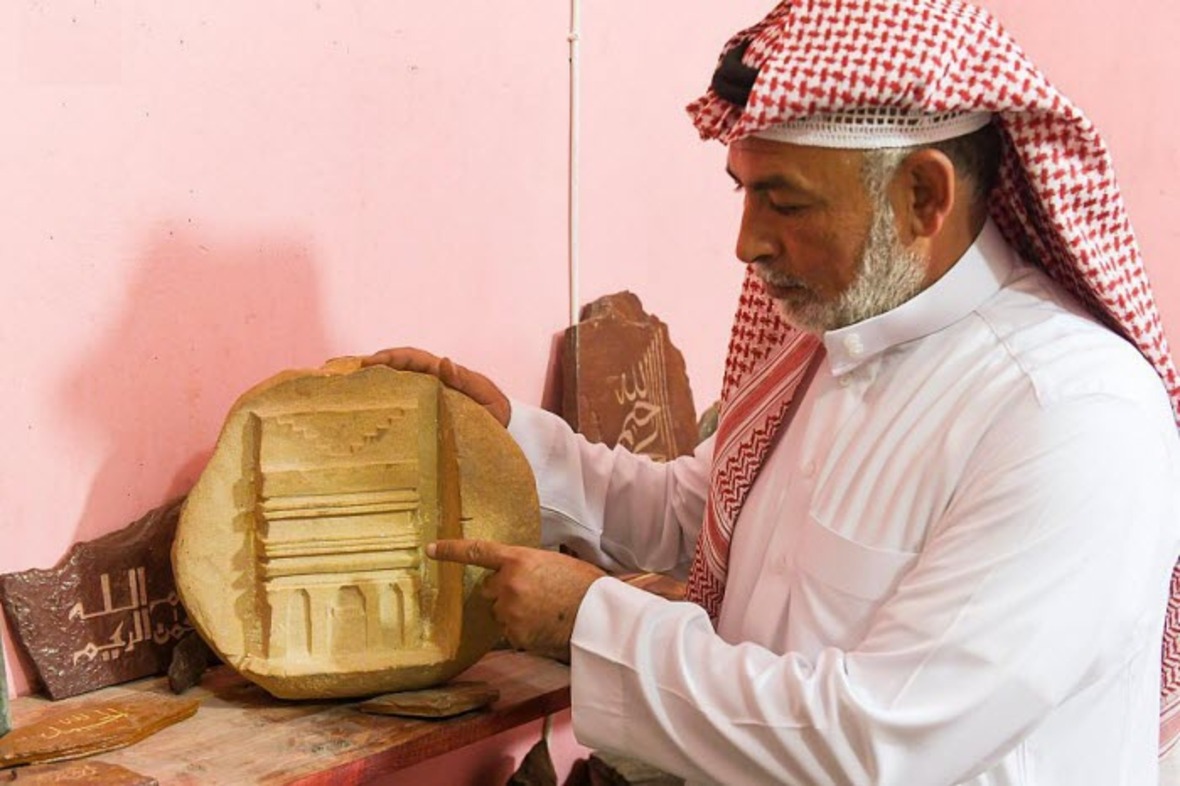