TEHRAN (IQNA) – Abdul Basit Abdul Samad is one of the most outstanding names in Quran recitation in Egypt and the Muslim world. 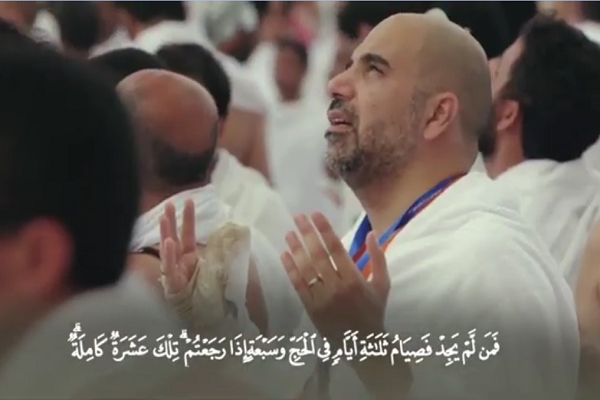 The following footage features his recitation of verses 196-202 of Surah Al-Baqarah (2) of the Quran:

“Perform the pilgrimage and the visit (to Makka) for Allah. And if ye are prevented, then send such gifts as can be obtained with ease, and shave not your heads until the gifts have reached their destination. And whoever among you is sick or hath an ailment of the head must pay a ransom of fasting or almsgiving or offering. And if ye are in safety, then whosoever contenteth himself with the visit for the pilgrimage (shall give) such gifts as can be had with ease. And whosoever cannot find (such gifts), then a fast of three days while on the pilgrimage, and of seven when ye have returned; that is, ten in all. That is for him whoso folk are not present at the Inviolable Place of Worship. Observe your duty to Allah, and know that Allah is severe in punishment.

The pilgrimage is (in) the well-known months, and whoever is minded to perform the pilgrimage therein (let him remember that) there is (to be) no lewdness nor abuse nor angry conversation on the pilgrimage. And whatsoever good ye do Allah knoweth it. So make provision for yourselves (Hereafter); for the best provision is to ward off evil. Therefore keep your duty unto Me, O men of understanding.

It is no sin for you that ye seek the bounty of your Lord (by trading). But, when ye press on in the multitude from 'Arafat, remember Allah by the sacred monument. Remember Him as He hath guided you, although before ye were of those astray.

Then hasten onward from the place whence the multitude hasteneth onward, and ask forgiveness of Allah. Lo! Allah is Forgiving, Merciful.

And when ye have completed your devotions, then remember Allah as ye remember your fathers or with a more lively remembrance. But of mankind is he who saith: "Our Lord! Give unto us in the world," and he hath no portion in the Hereafter.

For them there is in store a goodly portion out of that which they have earned. Allah is swift at reckoning.”